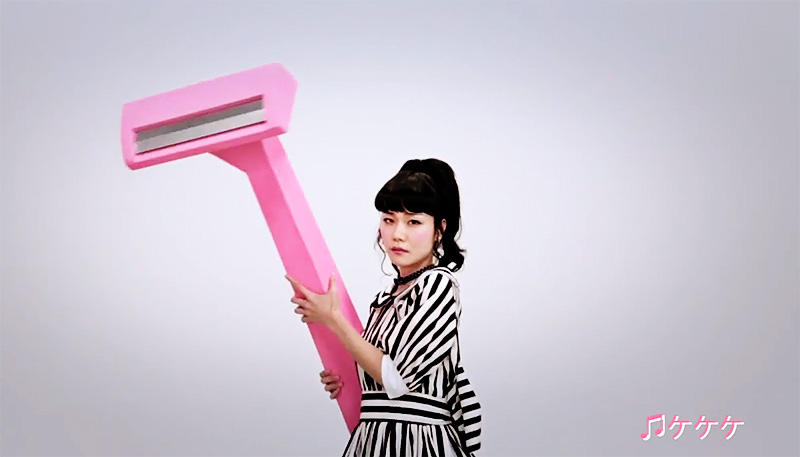 With a chic dance that gestures at her armpits and after getting frisky with a mannequin adorned with cheap craft store hair, Kayoko Yoshizawa single-handedly shaves away all those nasty hairs with the help of her big pink razor in her new PV ‘Kekeke‘.

This is the lead song from her upcoming EP ‘Maboroshi Club‘, which features 5 other songs that all have a similar atmosphere that drifts in and out of her Showa pop sound.

Check out the video and mini album track list below.