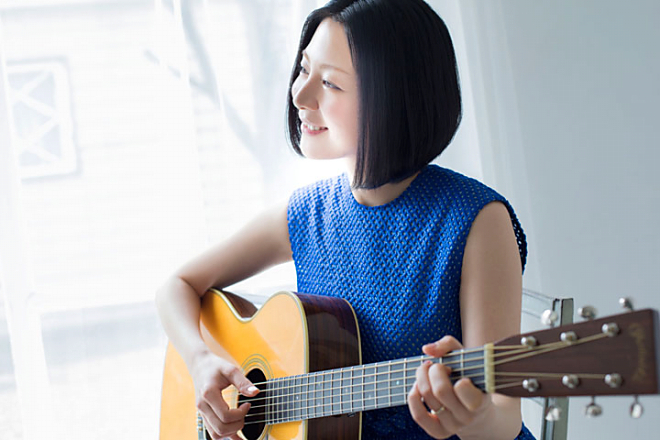 Singer-songwriter Kana Uemura will be celebrating her 11th major debut anniversary on 11th May. She will release a new mini-album “Ai no Katachi” to celebrate this occasion. First promotional video of the album has just been released. “Tadaima.” (“I’m home.”) is a warm middle tempo song, that will surely grab the hearts of Uemura fans. The PV contains a selection of private photos of the singer, starting from her childhood and up till her music career. Check the video after the jump!

The new single “Tadaima.” will be also featured in the upcoming summer movie ‘Umi Suzume‘ with Rina Takeda in the main role. Mini-album “Ai no Katachi” will contain 7 newly written songs. The cover art is yet to be announced.

Kana Uemura’s biggest hit to date was the 2010 ballad “Toire no Kamisama”. Unfortunately, the singer never managed to repeat this success and her career stalled. Hopefully, she will be back on track again with some new material.