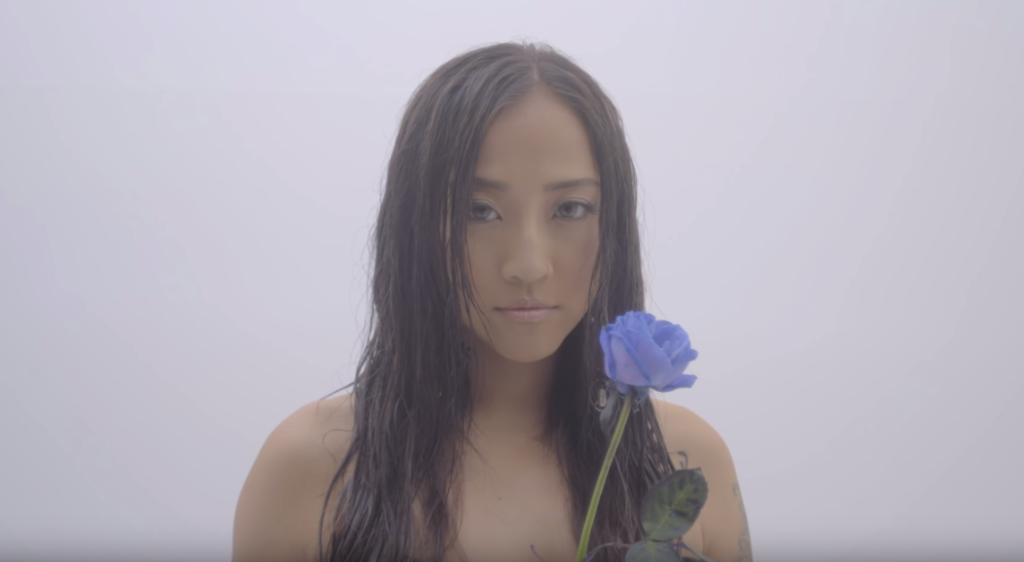 Singer JASMINE has released a brand new MV for her song “Aya Sugimoto”.

The song was released last month as a free gift for fans via Soundcloud, hoping it would make Japan’s extremely humid summers a bit more bearable. After receiving positive fan reception JASMINE released an MV for the song. The song is named after model, singer, actress, author, and activist Aya Sugimoto who first rose to prominence in the late 80s. Aya is best known for her sexy image, outspoken personality, and her current work as an animal rights activist.

The simple MV follows the theme of flowers, with a violet rose playing a key part in the MV.  JASMINE is seen wearing a bunch of outfits including an elegant dark blue jumpsuit and stylish low-cut black top. For this MV JASMINE created her own Youtube account, her other official Youtube account is handled by Sony Japan resulting in all the videos uploaded being blocked in every single country except Japan. With JASMINE embracing Soundclound and now creating her own Youtube, fans will finally have easier access to hearing some of her music.

An additional remix MV for “Aya Sugimoto” was also released, featuring rapper Cherry Brown. Watch both versions below the jump!