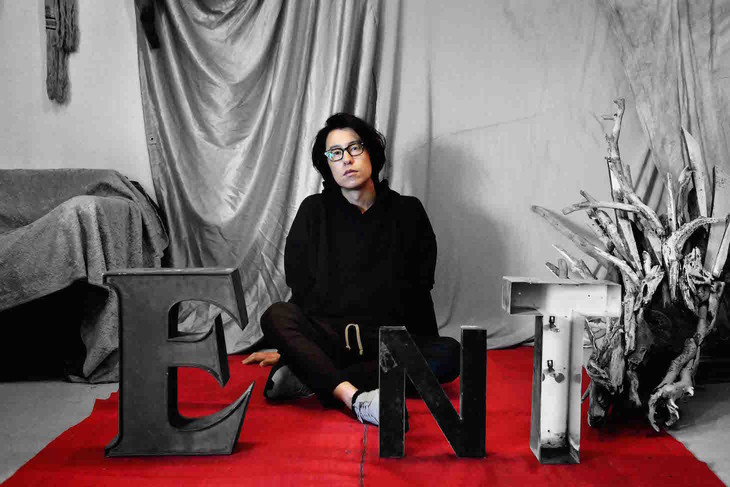 A few weeks ago we reported that singer/songwriter ent (Straightener’s Atsushi Horie) would be releasing his new album “ELEMENT” on January 11th.  Now that the album’s release date has finally arrived, the music video for its second lead track “Autumn Nightmare” has been published to ent’s official Youtube channel.

This Misato Kato-directed PV is based on a daydream that Horie had while walking the city streets and stars both My Hair is Bad frontman Tomohito Shiki and model Makoto Tanaka.  Shiki plays the role of “the man able to cut anything”, while Tanaka is “the woman able to shield herself from anything”.

You’ll find the full version of this rather creative music video just beneath the cut.