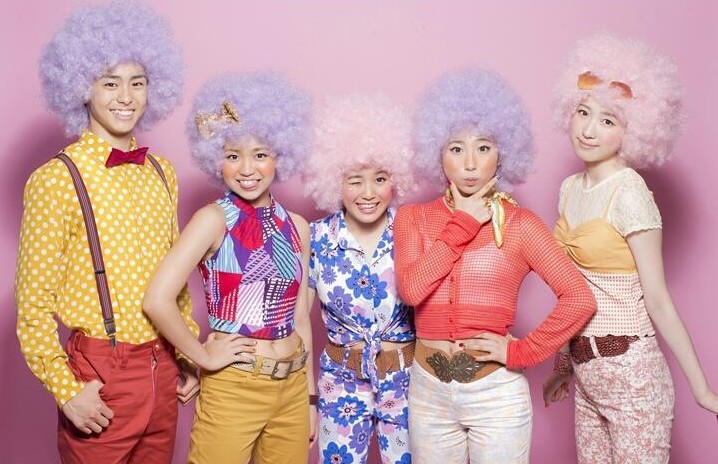 “Yo-Kai Watch” is one of Japan’s hottest new Shonen anime and has been touted as “the next Pokémon” for its similar mechanics and themes. The co-ed idol group previously supplied the ending theme as well, and due to its success they were invited back to perform a secondary ending theme, this time with anime character Buri Taichou.

I could write some long-winded description of this video, but I feel like you have watch it yourself. Let me just list some key words to draw you in: pastel afros, disco song with the clothes to match, calisthenics, oversize fruits and a fun, nonsensical chorus.

Dream5’s “Dan Dan Dubi Zuba!” featuring Buri Taichou is coupled with the track “Summer Rainbow” and will be released on October 29th.