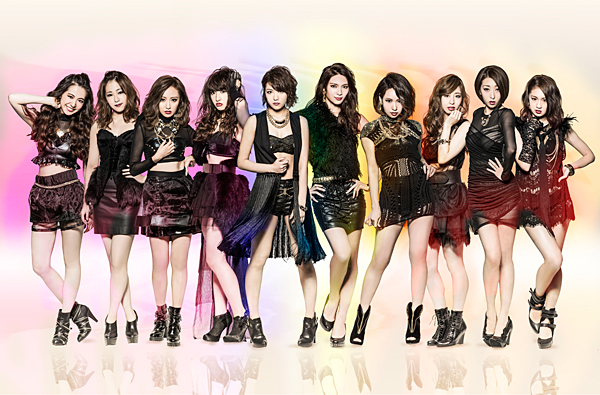 Dance & vocal unit DiVA return after two and a half years of inactivity with a brand new song “DISCOVERY” from legendary producer Tetsuya Komuro.

Last month when the single was announced, it was revealed the group would change their name from DiVA to DIVA, release a single, an album, hold a live and finally disband officially.

Conceived as AKB48′s “first-ever” dance & vocal unit, DiVA debuted under avex trax with ‘Tsuki no Uragawa’ in 2011 with Sayaka Akimoto, Sae Miyazawa, Ayaka Umeda and Yuka Masuda. An additional six members were added and the group released two more singles until they went inactive in 2012. Former member Yuka Masuda left in 2013 but will return for this single, confirming all 10 members are to take part in this single.

DIVA’s fourth and final single “DISCOVERY” will be released October 8th and will be available in 4 different versions: Type A, Type B, Type C, and Theater version.

They will release their final album on November 5th and hold their last live on November 30th where they will officially disband.