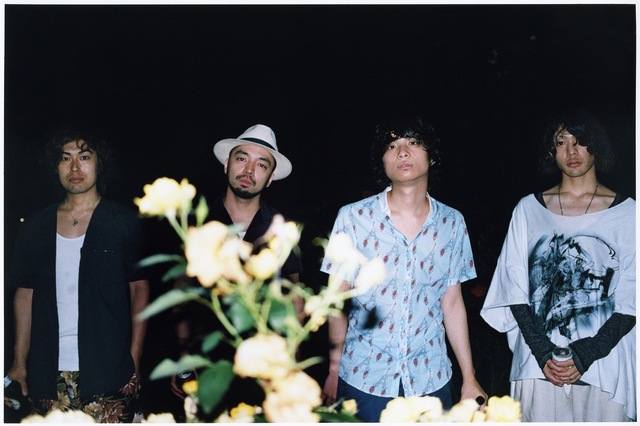 A special feature of this single are the visuals. They were shot by up and coming photographer Eiki Mori. He recently won The 39th Kimura Ihei Award for photography, following in the footsteps of other noted Japanese photographers such as Mika Ninagawa and Takashi Homma. He’s published a few books and recently had a regular column in the fashion magazine ViVi. Here are a few shots of the band by him for this single: