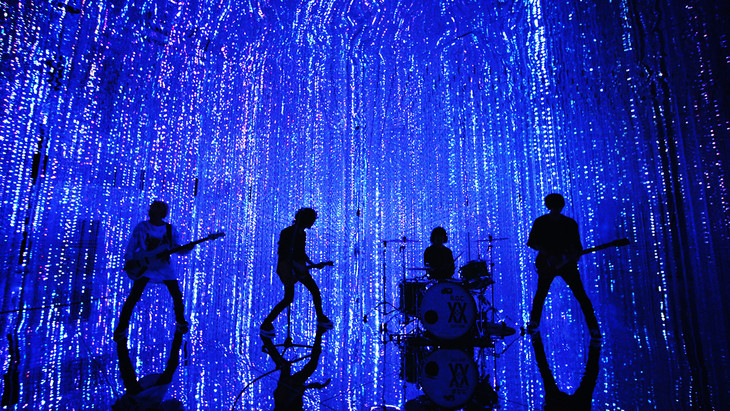 Last month popular rock band BUMP OF CHICKEN released their latest digital single “aria”, which managed to reach #1 on iTunes during its first week on sale.  Now the group have published the song’s music video, accompanied by a special string-backed version of the track, to their official Youtube channel.

The video was filmed at FujiTV’s “Odaiba Minna no YUME-TAIRIKU 2016” exhibition by ultra-technologist group teamLab and featured a performance by the band amidst a veritable field of LED lights.  This special setup allowed for the use of a sundry of visual effects, such as mirroring and over-illumination, that make for a unique and eye-catching viewing experience.

Please read on below for a look at the PV for “aria”, and expect further updates on BUMP OF CHICKEN’s upcoming theme for anime “Sangatsu no Lion” in the near future.