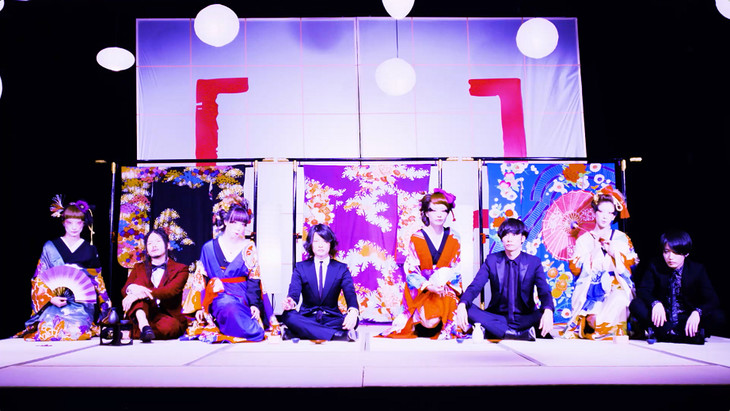 Last week popular rock band [Alexandros] released their second major album “EXIST!“.  After a full week of sales, the group has managed to reach the top of Oricon’s Album chart for the very first time, selling just over 59,000 copies in six days.

To further support this already successful album, the band has now published the PV for its second track “Kaiju” to their Youtube channel.  The video is based on the theme of “harmony”, juxtaposing traditionally-clad Japanese dancers with the band’s more modern outfits and mannerisms.

You’ll find the stylish PV for this full English track just beneath the cut.