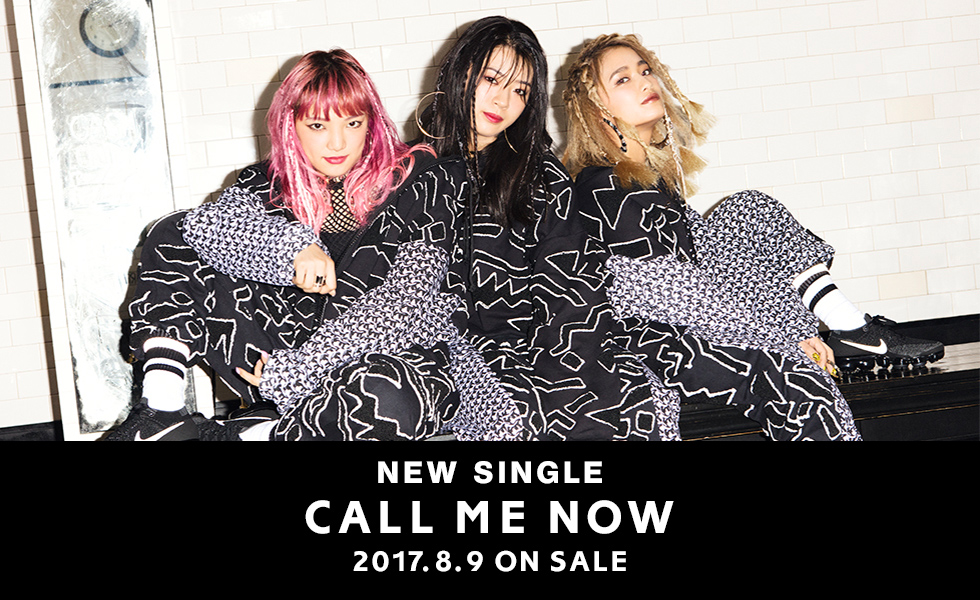 SudannaYuzuYully is a dance and hio-hop trio who made their debut earlier in the year under Rhythm Zone, they are managed by LDH. The group consists of Happiness’ members YURINO and Anna Suda, as well as E-Girls member Yuzuna Takebe.

The girls will be releasing their second single titled “CALL ME NOW” on August 9th, 2017.  It will be released in three versions, CD+DVD, CD only, and “One Coin CD”. A One Coin CD only features the main a-side, no b-sides or instruments are included and it’s priced at just 500 yen.

In CALL ME NOW your eyes are instantly attacked by bright vibrant colors, a signature for groups under the E-girls family. The girls are seen laying on a bunch of colorful pillows and plushies, keep your eye out for some cute vintage toys from the 90s and early 00s that can be seen scattered throughout the pillows! The scene then changes to the girls in a black and white room where they perform an impressive dance routine, the performance scenes also take place in the colorful room seen at the beginning of the video.  A very flashy “Pop art” style is also implemented during various parts of the MV.

Watch the full MV for CALL ME NOW below the jump.