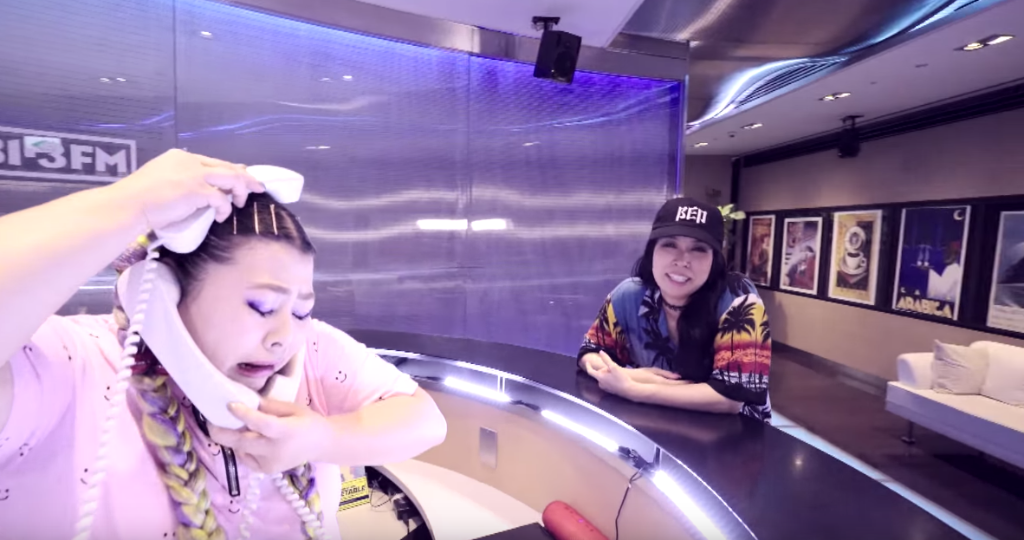 The MV for AI and Naomi Wantanabe‘s anticipated collaboration “KiraKira” is here!

The song serves as the theme for the TBS Drama “Kanna-san!“, which stars Naomi as the titular character. Based on the manga series “Kanna-san!” by Kahoru Fukaya, the drama follows Kanna Suzuki (Naomi) who works as a fashion designer. She is happily married with a child, until one day Kanna learns that her husband is having an affair. Promptly kicking him to the curb, Kanna struggles with raising her son and maintaining her career as a single mother.

In the video AI and Naomi wreak a little bit of havoc in the office of popular radio station “J-wave 81.3 FM”. The two wander around with Naomi eventually trying to answer multiple phones at once at the front desk and, and the duo using an official broadcast room as a “stage”. A bunch of photos are also featured which showcase Naomi’s colorful fashion sense and goofy personality.

“KiraKira” was released as a digital single, and is AI’s 24th overall. Watch the short MV below the jump!