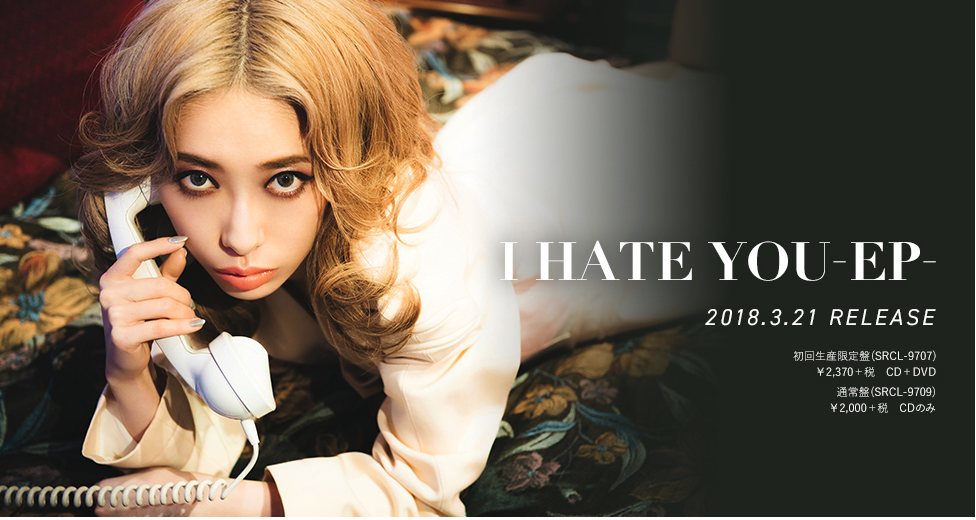 Singer Miliyah Kato has released the lead promotional song from her upcoming mini-album titled I HATE YOU E.P.

This is her second mini-album overall, and the very first to have it’s own physical release. Back in December 2014 she released a four track Christmas E.P that was only available digitally. For this album Kato collaborated with a different producer for each track, she provided the lyrics as usual.

The lead song I HATE YOU was produced by the Sknow, other collaborators include RIKI, Seiho, and Chaki Zulu. 5 songs and 1 interlude make up the tracklist.

I HATE YOU‘s MV begins with Kato laying in a bed, promoting her own telephone hotline and home shopping network which serves as the main premise for the video. Periodically the scene changes to Kato performing on a music show with her wearing a sleek vintage Shizuka Kudo-esq outfit.

I HATE YOU E.P will hit store shelves on March 21st, 2018, it’ll be released in a standard CD only and limited edition CD+DVD. The tracklist for the album and full MV for I HATE YOU can be seen below!