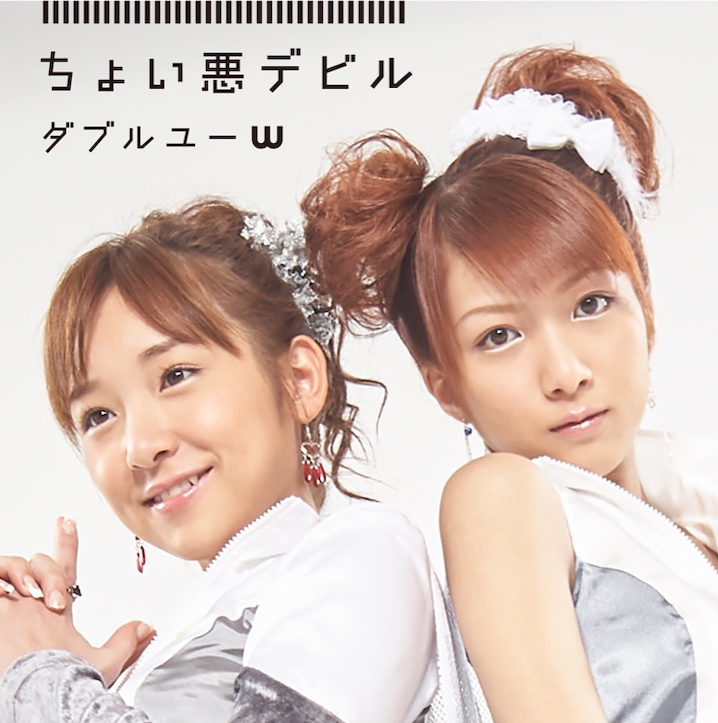 Up-Front Works has revealed that fans of the former Hello! Project duo W comprised of fourth generation Morning Musume members, Kago Ai and Tsuji Nozomi, will finally get a taste of the elusive, highly-sought after album that never came to be.

On March 30, the beloved duo will reunite publicly for the first time in 13 years to perform at the Hello! Project 20th Anniversary!! Hello! Project Hina Fes 2019.

Following their appearance, the duo will digitally release the EP “Choi Aku Devil” coupled with their cover of Yamamoto Linda’s “Dou ni mo Tomaranai” from their cancelled 7th single and other covers of classic Japanese pop songs from their cancelled third album W3:faithful.

A little backstory to the downfall of this group and the mythology of their unreleased album:

On January 11, 2006, the duo announced the release of a new single, “Dou ni mo Tomaranai”, a cover of the 1972 smash hit single by Yamamoto Linda, set for release on February 22 to precede the release of their third full-length album entitled W3: Faithful on March 15.

In January 2007, Kago returned to Tokyo to work in the Up-Front offices with fans hoping W would soon resume activities. On March 26, 2007, a new scandal involving Kago was published in the tabloids. The singer was
once again caught smoking underage, and was dating a man nearly double her age. It was announced by Up-Front Agency that she had violated the terms of her contract and was released from the agency.

Upon Kago’s departure, Tsuji joined Para Para gal unit Gyaruru in April 2007. However, before the release of the unit’s debut single, Tsuji announced that she would be retiring from the unit to focus on her personal life. In May 2007, multiple sources revealed that Tsuji was nine weeks pregnant and engaged to actor Taiyo Sugiura. They wed June 17, 2007.

Over the years, they two have kept in touch and have mentioned each other on social media.

Following the release from her contract, it took 12 years for the agency to acknowledge Kago’s existence. Last year, the scorned songstress was finally invited to perform at two Hello! Project 20th Anniversary!! Hello! Project 2018 SUMMER tour dates, where she was warmly welcomed by fans. Nozomi was unable to appear alongside her at this time due to her pregnancy with her fourth child.

Following the group’s disbandment, Morning Musume released a cover of “Dou ni mo Tomaranai” on their cover album COVER YOU in 2008, and there is speculation that original W3:Faithful tracks were redistributed within Hello! Project, such as C-ute with “Ooki na Ai de Motenashite” and “Chibi★Deviwl” from Tsuji’s 2010 debut album (which is said to be a version of the new A-side “Choi Aku Devil”).

Finally some justice for the moment Hello! Project fans who have not stopped begging for this any time W has been mentioned over the past 13 years! #JusticeForW3Faithful

W’s EP “Choi Aku Devil” will be available for download on March 30 through Mora, iTunes and Recochoku.