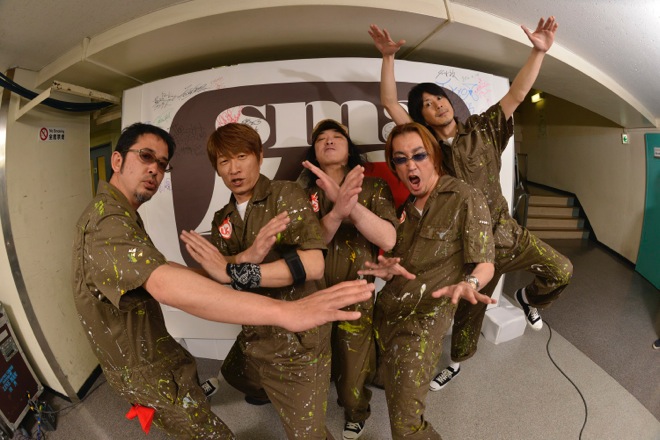 Rock band UNICORN will provide the theme song to the upcoming TBS drama ‘Juuhan Shuttai!‘ starting on 12th April. Haru Kuroki, who has just received her second Japan Academy Prize for an Outstanding Actress in a Supporting role, is tackling a lead drama role for the first time. The song will be titled “Echo”.

“It’s been a while for UNICORN (to release something), so we did our best” said the frontman of the group Tamio Okuda, who wrote the lyrics and composed the song. The producers had no doubts that Okuda’s work will be the best choice for a positive, middle tempo song about the hardships and pleasures of working (both as publisher and in general).

Currently, there is no information regarding ‘Echo’ single release date. 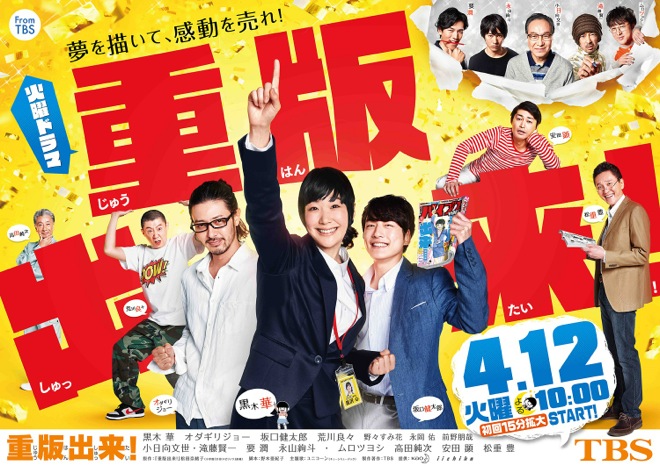 ‘Juuhan Shuttai!‘ is based on a manga written by Naoko Matsuda. Kuroki will be a rookie publisher in a manga magazine. She is accompanied by Joe Odagiri and Kentaro Sakaguchi
in supporting roles, followed by a impressive group of other veteran actors. A colorful teaser of the first episode has been also released by TBS.