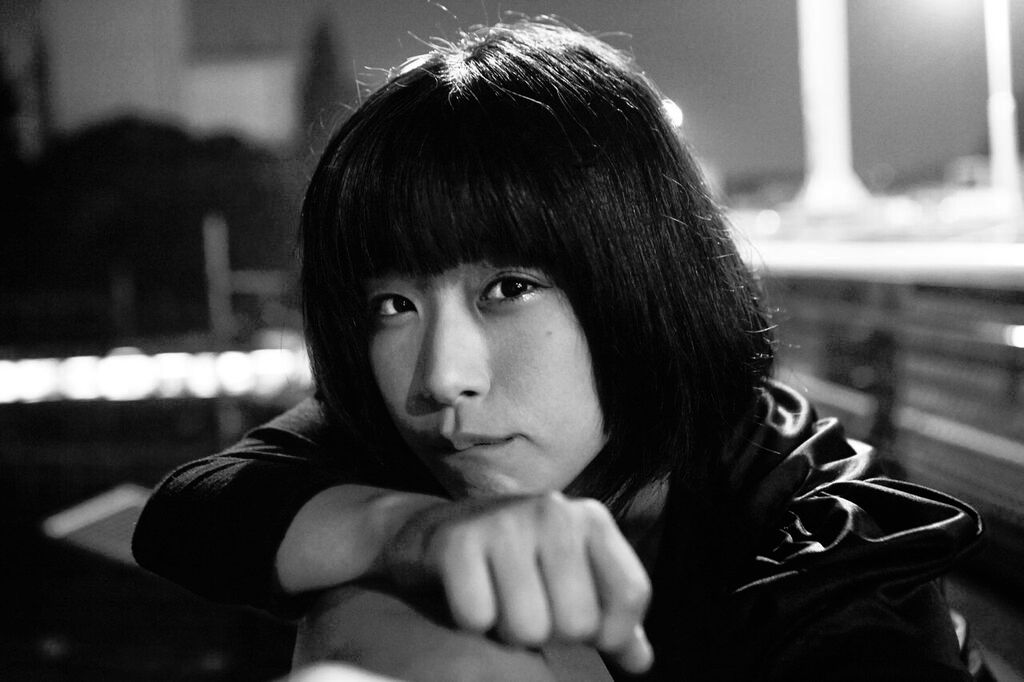 The world of Tentenko is a strangely bipolar one; on one hand you have ‘idol’ Tentenko, the outgoing, catchy, cute and instantly approachable side. On the other you have the almost impenetrable, do-whatever-the-fuck, experimental music nerd Tentenko, which is getting as far gone from ‘idol’ as imaginable. However, neither side seems to have reached that ‘wow’ moment, there are no releases that feel truly timeless, yet the promise of something great sits waiting right in-front of our faces…

Tentenko’s strange duality between that of pop idol and the avant-garde traces back to her very origins. For most of us, ‘anti-idol’ outfit BiS was her primary calling card, but for a very small amount of others, the improvisational unit Florida was their introduction. These two groups couldn’t be further apart in style and sound; BiS with it’s wildcat, blazing rush of energy and Florida with its subtle, almost formless structure. A parallel that springs to mind is that of English electronic music group “Orchestral Manouevres in the Dark”, who simultaneously could hit a wide audience with pop hits yet at the same time, stuck it to the masses with their improvisational pieces. Could it be that Tentenko is aiming to be a modern, Japanese version of this? 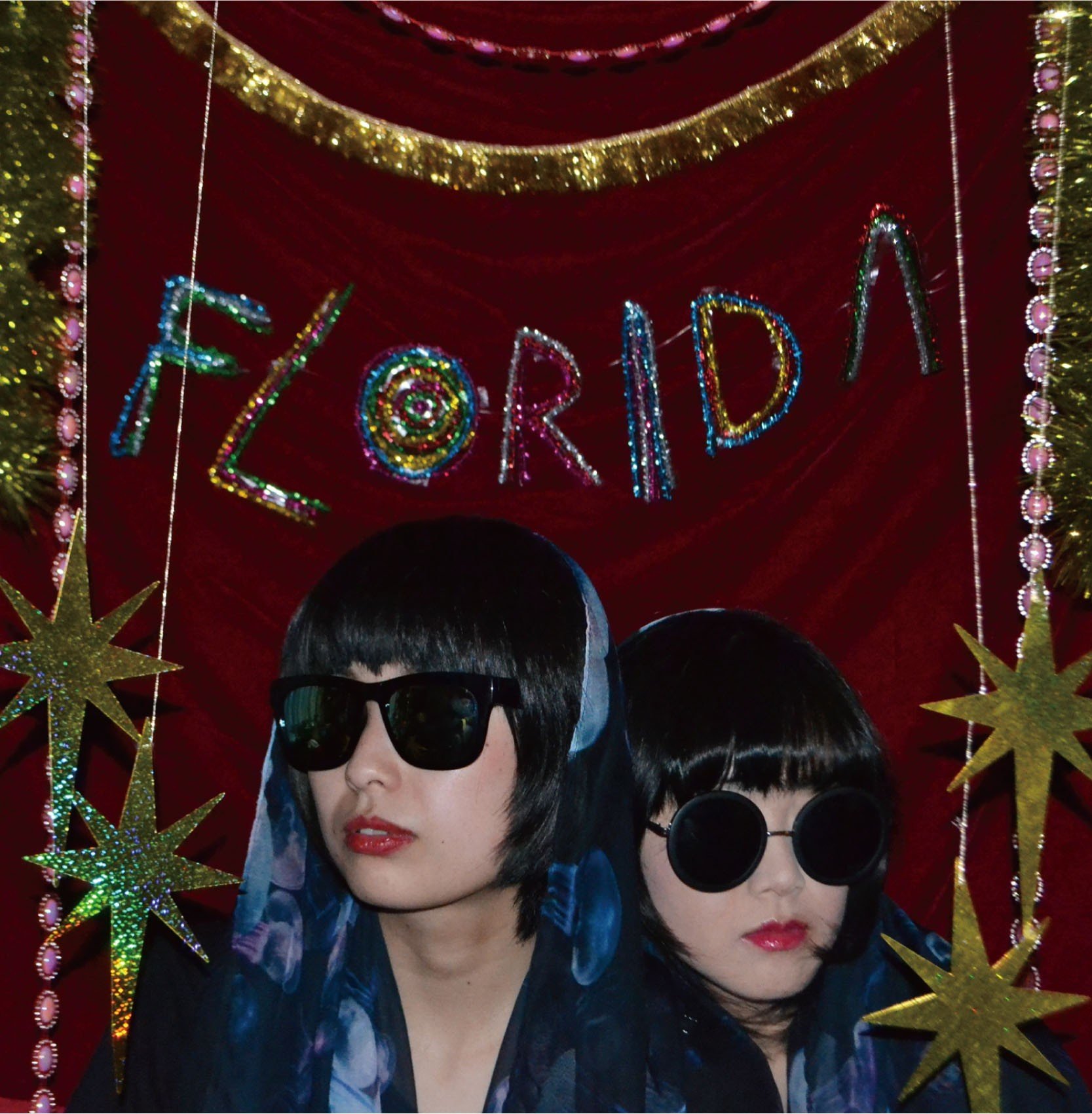 Her stint in BiS, was in many ways a positive: exposure, income, a way to connect with new producers and of course, her experience working with noise legends Hijokaidan (as BiSKaidan) seems to have channeled through in some ways to her personal career. However, unfortunately, that label of ‘idol’ will be something she will carry with her, no matter how distanced she gets from that scene. While there is nothing inherently wrong with the ‘idol’ label- it does hinder the chances of being taken ‘seriously’, or even approached by experimental music fans/non-idol fans on a larger scale (this is not a dig at the idol subculture, it’s just the way it is).

As a soloist, Tentenko is doing everything right as far as gaining a strong, dedicated fan-base is concerned. Her pop-up stores, Twitter presence, clothing items (it must be mentioned that she adds that personal touch of designing and printing her own shirts) and personal branding/marketing of herself in general is that which could create a cult-like following. She’s always happy to sign something and is reportedly quite approachable- a fantastic way of connecting with her fans. Her DJ sets are fan favorites and as a live act, she is both bizarre and fascinating to behold. On a personal level- she had me hunting the backstreets of Osaka for a tiny bookshop for a limited release- so that’s something.

Over the years post-BiS, her connections have expanded and inspirations become more obvious. Her true inner music nerd was highlighted with her “Tentenko sings Halmens” releases, where she covered the legendary new wave group’s classics (notably produced by original member Saeki Kenzo). Admittedly, for this listener- it was a grating experience, because once you’ve heard Jun Togawa do these songs, lets face it- no one will be able to match it (Tentenko’s vocal limitations particularly show on Konchuu-Gun). However, the part of this release to admire is Tentenko bringing the music of this group to a generation that perhaps are unaware of their existence- and you cannot knock someone for doing that- no matter how varied the results turned out. Futhermore, later on in 2016 she would participate on a Halmens reunion album (under the name Halmens X) where she would be have the role of a guest keyboardist.

Her ‘pop’ side isn’t something to sniffle at. 2014’s “Goodbye, Good Girl” really piqued a lot of interest for BiS fans and newcomers alike. This song, while no masterpiece, had all the workings of a bop. Catchy tune, fantastic video, neat, hip, 80’s inspired pop. However, it never let her ‘music nerd’ aesthetic let up, with the music video being released on an accompanying VHS tape. A lot of fans LOVED this track, but again, she never seemed to take it to the next level, and missed the chance to strike the iron while it was hot; instead opted again to give us CD-R after CD-R of ‘practice’ ideas. Intentional or not, it adds to the frustration to someone that is trying to follow her more closely.

It would not be until 2016 that she would release a major label full length, “Kougyou Seihin” (with whom she worked with the likes of Yamataka Eye, Jintana & The Emeralds, Logic System and Tavito Nanao) which was met with moderate success and gave a somewhat midway (if rather unbalanced and with little repeat-listen potentential) to both her pop world and that of her experimental side. It features both her major pop singles to that point and a strange blend of less approachable tracks, some fascinating and others a little bit dull. The track “Kuruma” and it’s accompanying video is the finest moment of the record, and outlines the potential that is lying dormant, one of the first times we really get a glimpse at the inner beast waiting to strike.

One major element that makes Tentenko’s solo career frustrating to someone trying to find extraordinary examples of her talent is her excessive release schedule. At first, this might be seen as something amazing- she releases an album on CD-R on a monthly basis. The fact of the matter is, it’s undeniably a case of quantity over quality. So many of these CD-R’s feel like fuck-arounds, noodling with a new setting on her keyboard, trying out new vocal recording settings. Bless her, the heart and determination is there, but for a listener, its by and large, an exercise in boredom. It should then, be noted, that her more recent CD-Rs are showing signs of improvement, but still, for the most part, feel like ‘practice’ for something bigger. Let’s hope that this is the case.

Another criticism that has been made from people has been her delivery of content via CD-Rs. Why not just go the more modern route of using a streaming provider such as Soundcloud or Bandcamp? For me, I think her method of CD-R delivery suits her image and persona perfectly. Her love of the experimental, the cult, the nostalgia for the days of trading burnt CDs around with your friends- seems to be one of her passions- and it really drives her unique brand home. One might be brought to question the authenticity of her ‘weirdness’, but as far as I can tell, her heart is on her sleeves, even if her approach is slightly dated.

In the end, I truly believe Tentenko could be something spectacular, not just the ‘cute weirdo’ that people see her as now. With focus and effort, less throwaway CD-R’s and a better production team, she could be a new Jun Togawa-like figure for the current time. She has the fan-base, she has the connections, most of all, she knows the musicians that could make this happen. So USE that. A tightening of the screws, slowing her working pace down a bit (what’s wrong with a CD-R every 3 months instead of monthly?) and a serious think about the direction she wants to take could make all the difference.

She has amazing potential as both a pop star and as an experimental artist, it’s just frustrating knowing this and not seeing her take it to the next level, which she is, I am certain, entirely capable of. This is what keeps me at an admirer level but unable to dive in far enough to consider myself a fan. It will be interesting to see what the future holds, and I am certain whatever choices she makes, it will be a fascinating ride to be on regardless. Come on Tentenko, we believe in you.