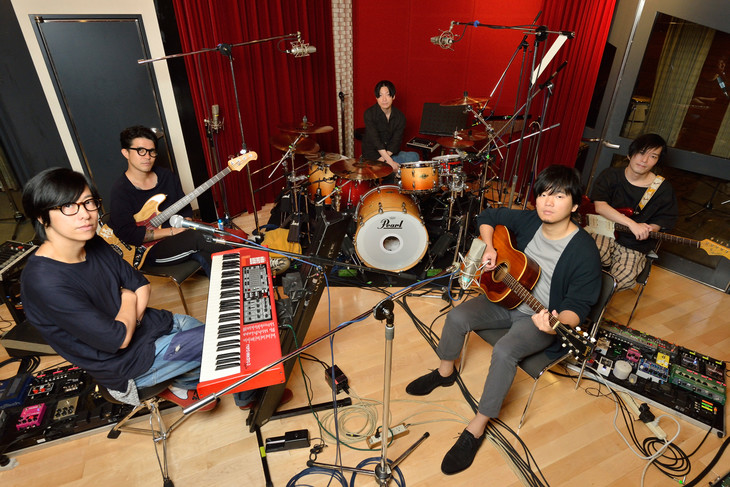 Back in October we reported that rock band Straightener and singer/songwriter Motohiro Hata would be releasing a collaboration single titled “Akari” on November 15th.  Now that the single’s release date has passed, the two acts have finally published the track’s full PV to Youtube.

This music video is composed primarily of footage from Akari’s recording sessions, featuring shots of both singers at their microphones as well as a panoramic view of the whole band performance.  These images were then cut together with various snapshots of a nighttime cityscape in an attempt to match the song’s wintry atmosphere.

You’ll find the full-length music video for “Akari” right after the jump.