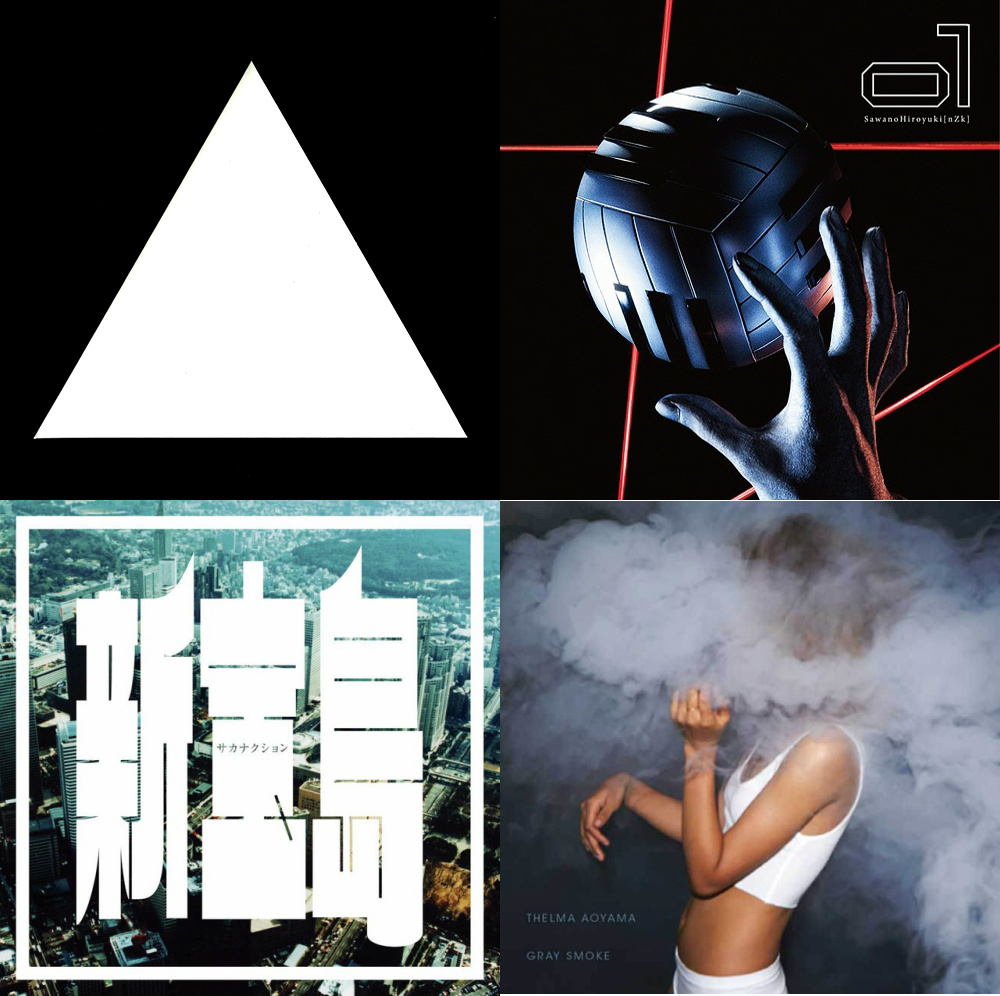 Hello, Arama! Japan readers! We are back with our monthly wrap up feature. A few of the staff members have come together to share their faves for the month of September. Find out what the staff was loving that month! Also feel free to post what you loved this past September in the comments! “Renaissance” is the first studio album by the band Petrolz. Petrolz’s frontman is Ukigumo, the guitarist for the defunct band Tokyo Jihen and a frequent collaborator of Shiina Ringo’s. Petrolz has had several releases over the years, but this is the band’s first true studio album. The album is a mixture of new songs and old songs, some of which have been re-recorded. It’s a soulful, funky indie rock record. There are some really great grooves on this which remind me of older music. “Renaissance” has a nostalgic, yet fresh, feel to it. It reminds me quite a bit of cero’s album from earlier this year, “Obscure Ride”, in that way. Both records have a feel good quality to them that I quite appreciate.

Ohh, how I’ve waited for this day… On September 30, Sakanaction, my favorite act of the decade so far, released their first new single in about a year. The band took some time off to accommodate bassist Ami Kusakari’s pregnancy. They’ve returned with the song that people were waiting for. Sakanaction is known for songs that build over time and then explode into big, singalong choruses. After releasing 2 more mellow singles last year, they’ve returned to what they’re know for. “Shin Takarajima” is an energetic track that does not disappoint. However, it’s not the song that I like the most on the single. That song would be the B-side, “‘Kikitakatta Dance Music, Liquid Room ni’.” When I first heard the song’s title, I thought it was going to be Sakanaction completely indulging their electronic side. On the contrary, this is one of the most out of character songs that Sakanaction has released. It’s a soulful, funky song that has a 70s feel to it. It’s a really great groove, in part due to Ami’s bass and the work of keyboardist Emi Okazaki. I really like the vocals on this that aren’t from frontman Ichiro Yamaguchi. Not to say that he sounds bad (I like how smooth he sounds on this), but the other vocals add a nice touch of softness to the song. The deluxe limited edition of “Shin Takarajima” came with a bonus disc that featured Sakanaction’s score from the movie “Bakuman”, which “Shin Takarajima” was the theme song for. That disc was like seeing the band’s inner workings, seeing them play around with things that maybe they wouldn’t put in their own songs. One section on that disc featured some of the hardest, most aggressive work I’ve heard from the band yet.

In last month’s edition of this feature, I talked about this album’s title track. It’s a really happy record that didn’t go into cheese territory. It was a good introduction to the album. The album was a bit of a mixed bag, there is variety here. I appreciate this versatility in an electronic producer. My favorite song on this was “I Believe In You.” It’s pretty much all instrumental and the whole song is just one giant build up. It’s a really slick production that has a festive feel to it. The bass on this is great. On this album, tofubeats worked with the legendary producer Tetsuya Komuro. Their collaboration was titled “Throw Your Laptop On The Fire.” I like this embracing of the newer generation of musicians by the older generation. They both can learn something from the other party. “Throw Your Laptop On The Fire” is basically a Tetsuya Komuro song that tofubeats remixed. I don’t have a problem with this though. I would’ve loved to had seen this track given to someone like Ayumi Hamasaki. One thing I wasn’t fond of though was the inclusion of tracks from tofubeats’s EP from earlier this year, “STAKEHOLDER.” I didn’t really see the need for them.

I’m going to start this off by saying that Akiko Yano is one of the most underappreciated figures in Japanese music. The woman has an incredible body of work spanning decades and genres (I honestly should do a feature on her). “Welcome To Jupiter” sees Akiko working a with variety of younger acts. As I said in the tofubeats review, I like this exchange between the generations. The album starts off with Akiko working with one of my favorite young producers, Seiho. He was in charge of the arrangement of Akiko’s self-cover of “Tong Poo.” Akiko’s original version of the song appeared on her 1980 album “Gohan ga Dekitayo” (amazing album where she was backed by Yellow Magic Orchestra after being a member of their touring band). Her original version of “Tong Poo” is a vocal version of Yellow Magic Orchestra’s 1978 instrumental of the same name. It was composed by Ryuichi Sakamoto, who was Akiko’s boyfriend at the time (they married in 1982). So basically, Seiho is arranging Ryuichi Sakamoto compositions now. This is a great moment in Japanese electronic music. Akiko isn’t outdone by the newer generation though. The songs she composed and arranged on the album shine right alongside theirs.

Short, sweet, and to the point. This song clocks in at under 2 minutes, but it is a ride. It packs a lot of sounds into a limited amount of time, without being a mess. It hits hard and it’s out before you even know it came.