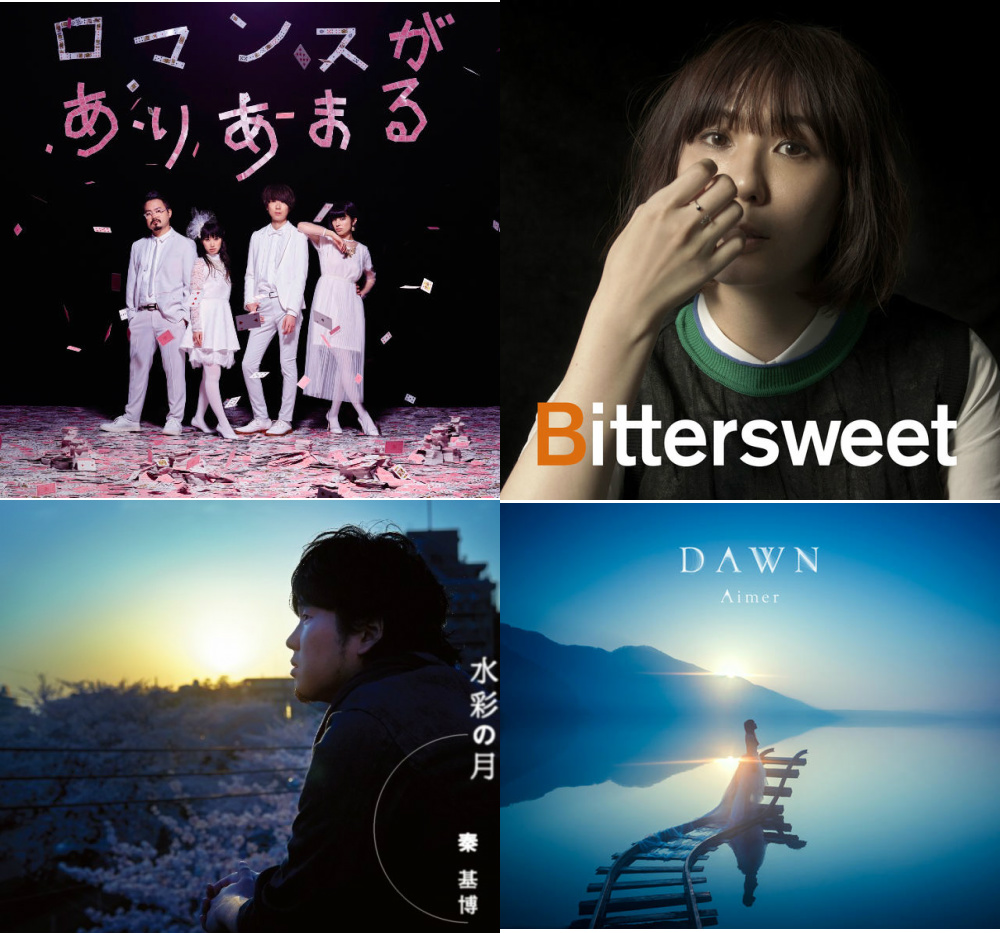 Hello Arama Japan readers! We are back with our monthly wrap up feature (well bi-monthly in this case). A few of the staff members have come together to share their faves for the months of June and July. Find out what the staff was loving these past 2 months! Also feel free to post what you loved this past June and July in the comments!

Their single “Watashi Igai Watashi Janai no” was in my last group of selections and now they’re here again. There isn’t a drop in standards here. I really like the dual pianos in parts of the song. I also like the interplay between the piano and the guitar in other parts of the song. There’s a funky, yet smooth, groove to the song that I really like my music. The bridge of this song is great because it really let’s Chan Mari’s piano skills shine. It also provides a softer contrast to the rest of the song. Enon’s softer vocals in this part of the song mesh well with the piano.

The B-sides on this single are just as good as the A-side. “Saidentity” has a somewhat similar vibe to “Romance ga Ariamaru”, but with more of a focus on drums. The second B-side, “Ink”, is more chaotic than either song, but in a good way.

For those who don’t know, Enon Kawatani is the frontman and creative force behind both indigo la End and Gesu no Kiwami Otome. He did a double release on June 17, releasing this single and the Gesu no Kiwami Otome. single I just reviewed. These 2 bands are different though. indigo la End has more of a traditional indie rock sound and it shows on “Kanashiku Naru Mae ni.” There is some really good rhythmic guitar work on this song. It gives it a nice energy. There is also some great guitar work on the first B-side, “Kawaki.” This song also has a more rock feel to it than “Kanashiku Naru Mae ni”, it’s a bit heavier. I do like how they mellowed out the single at the end with “Natsuya no Magic”, the second B-side. It’s a relaxing, summer night song, as the title indicates.

I really love this song. It’s so fun, so bright, so joyful, so energetic. It is the Japanese summer song of 2015. This song has an 80s feel to it. There’s a funk to it that I like. The bass on this is a real driving force. I love the use of strings on this song; it adds a certain sweetness. I really like the last 30 second or so of this song. The strings just exploded and take me to this place of pure joy. There’s something really nostalgic about it.

I also love the remix that Kuchiroro did of this song. It chops the song up some and it gives it a bit of different feel. It makes it a lot more disco-y and dreamy.

Smooth is the first word that comes to mind when I think of this single. The whole single is just really rich and well produced. Between Maaya’s voice and Cornelius’ production, it’s a match made in heaven. I’m reminded a bit of his collaborations with Salyu while listening to this. I think I might actually like this more than that. I would love to see Maaya and Cornelius collaborate more in the future.

Yuko Ando – Naimononedari no I Want You

This song is from “Matsumoto Takashi Sakushi Katsudo Yonjugo Shunen Tribute ‘Kazemachi de Ahimaseu’.” It’s a tribute album that celebrates Matsumoto Takashi’s 45th anniversary as a composer. I initially got this for the YUKI song on it, but I stayed for the Yuko Ando song. I was blown away by this. It’s so funky! This is probably the most alive I’ve ever heard her! This is a cover of C-C-B’s 1986 hit of the same name, but it’s very different. The original is kinda cheesy, but Yuko does a good job of adding a touch of sophistication to it.

“Suisai no Tsuki” is one of Motohiro’s simpler ballads. I had my issues with his voice in his acoustic album “evergreen” at times, but in this song, it’s flawless. The arrangement and the melody are both nothing special but I like that it’s not over-orchestrated like a lot of J-pop ballads nowadays.

I liked it a little more than “Himawari no Yakusoku” because it’s more toned down. The real standout, however, is the b-side “Sign up Baby”. It’s a funky soft rock number that shows off the roughness of his voice in a good way and makes me want for more.

“ALXD” is one of my favorite releases of 2015 so far. It’s just the right blend of mainstream and experimental that a rock album needs to be in my opinion. They had some risky song ideas (the sudden change of tempo in “Boo!” and the hot mess that is “One-tempo okureta Monster ain’t dead” as a whole for example) but it works damn well.

My favorite track is “Droshky!”. The trumpets in the arrangement may not be for everyone but the song has a lot of power. Next up is “Coming Summer”, the album’s only ballad – but it’s not boring at all. The guitar solo is really cool and Yoohei’s voice sounds pretty nice if he keeps it down a little.

I also enjoyed both “Wataridori” and “Dracula La” which were released on a double a-side single together. The former shows [Alexandros]’s more serious side while the latter is rather playful. If you’re into bands like ONE OK ROCK, this album is definitely what you should check out!