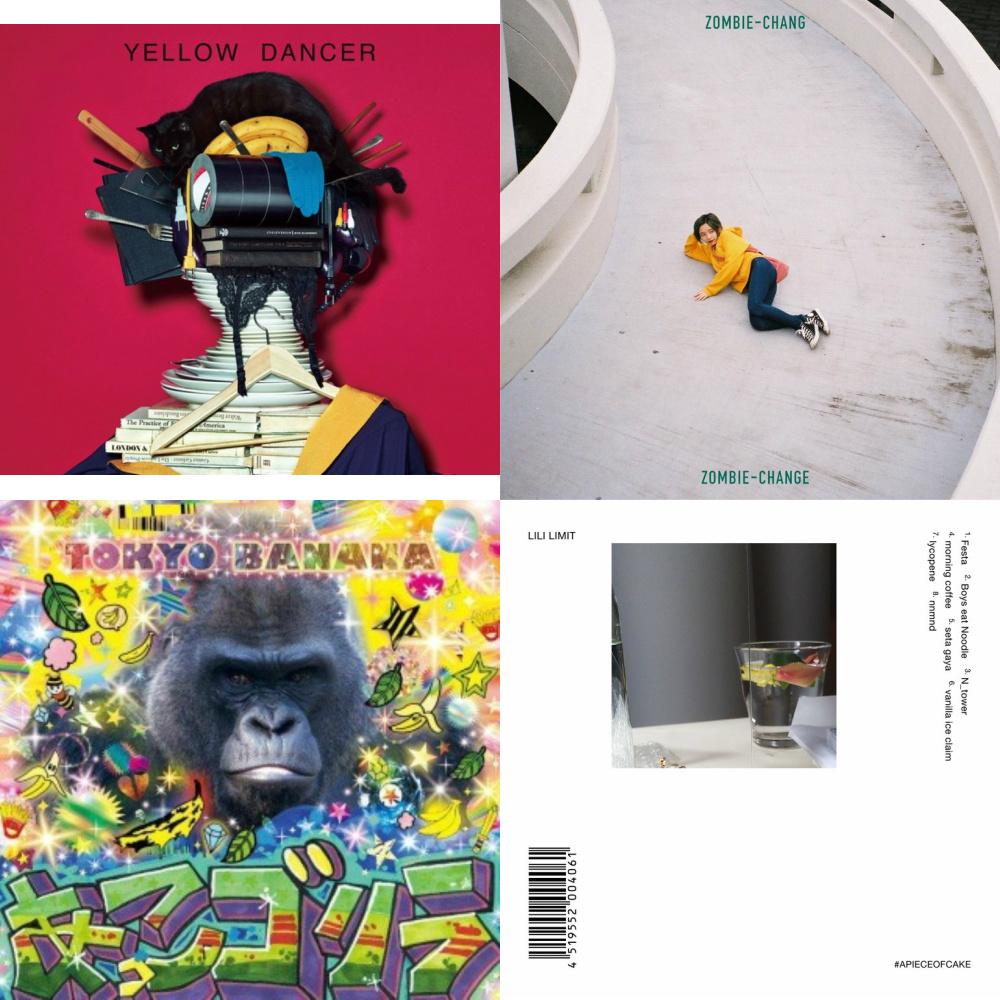 Hello Arama! Japan readers! We are back with our monthly wrap up feature (well bi-monthly in this case). A few of the staff members have come together to share their faves for the months of December and January. Find out what the staff was loving these past 2 months! Also feel free to post what you loved this past December and January in the comments!

Hoshino Gen was one of the breakout acts of 2015, and he ended the year by releasing his new album, “YELLOW DANCER.” Gen said that this album was influenced by various types of black music, and it is tellable. His music has taken on a new dimension, adding a new funk and polish to his usual sound. His breakout hit “SUN” and “Week End” both show his funky side, while songs such as “Snow Men” and “Yoru” show his smoother side. Gen has evolved with “YELLOW DANCER” and shows that he is one to look out for.

Last year, I selected ZOMBIE-CHANG’s “Koi no Vacances E.P.” for a post in this series. ZOMBIE-CHANG’s new album finds her continuing in this alt-pop style. It really suits her. This is an electronic album, and there are a range of sounds displayed in the music. The album starts off with the hard hitting “ZOMBIE-CHANGE” and “ARE YOU READY”, and then drifts to the moody “KURIKAESHITEIRU” and the dreamy “SEMETE KANASHII TOKINIWA.” Patrick St. Michel of The Japan Times recently wrote an interesting article about ZOMBIE-CHANG, where she reveals her creative process and talks about how she went from caterwauling on an acoustic guitar to doing the kind of music she does now. This album really positions her well in a growing crowd of newer alternative female-driven acts, acts such as Suiyoubi no Campanella, Charisma.com, and Seiko Oomori.

Which brings us to another girl that I would add to this list, Akko Gorilla. This is her first solo album. She was part of a duo named HAPPY BIRTHDAY previously. They did pop / rock, but Akko Gorilla’s music is definitely different. The first song I heard of hers was “TOKYO BANANA.” It really hit me. It reminded me of a 90s rap song, but with a twist that made it feel fresh. She raps on the songs on the album, but it’s not what I would really call a hip hop record. The music on here ranges from hip hop to rock to electronic. It’s an interesting mix.

LILI LIMIT really surprised me with this new mini album because they managed to pack a number of diverse sounds into a small package and actually have it work. There’s the singalong indie jams “Festa” and “seta gaya”, but then there’s also the filtered drum and bass of “nnmnd”, a song which explodes into a completely different beast as it goes on. There’s the bratty dance punk of “Boys eat Noodle”, which is contrasted with the more subdued “lycopene.” “#apieceofcake” could’ve easily been a disjointed mess, but LILI LIMIT really showed with this release that they can do a range of sounds, but then also put it together in a way that makes sense.

I love Daft Punk’s “One More Time”, so when I found out Miliyah was sampling it, I was really excited. “FUTURE LOVER -Mirai Koibito-” is a really fun, upbeat song. This song has a 00s feel, and I feel as if Miliyah is somewhat longing for that period. Everything is cyclical, so a 00s revival is inevitable. Perhaps Miliyah is trying to get on it before it even becomes a thing? I also liked the Shingo.S remix of “Lipstick” on this single. It gave the song a different twist, something akin to some of the dance songs that are out right now in the West which have a tropical feel to them.