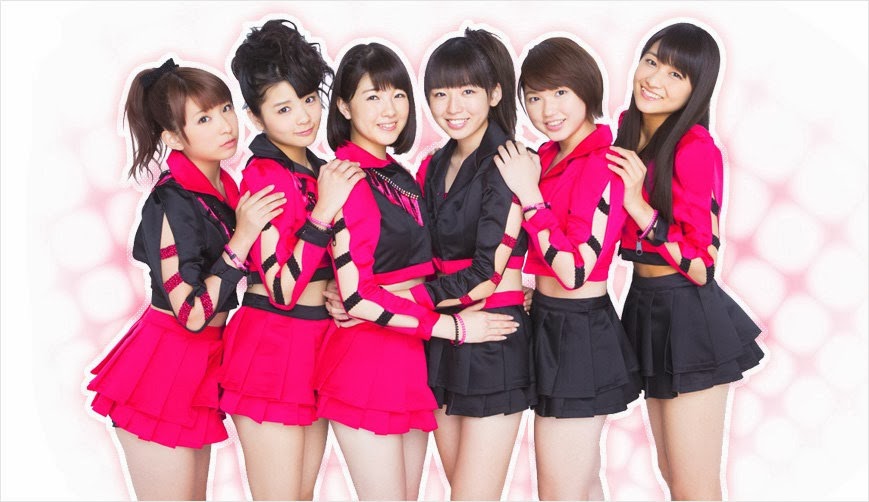 It has been decided by Hello! Project Idol group S/mileage‘s first generation members Ayaka Wada and Kanon Fukuda that the group will add new members from Hello! Pro Kenshuusei, Hello! Project’s aspiring trainees, and change their name to fit their new image with their new members.

Announced on H!P’s very own YouTube Program today, it was revealed that this idea was initially proposed by Wada and Fukuda themselves, much to producer Tsunku’s surprise. Their reasoning was that the 2nd generation was worried what would happen to the group if and when the two graduate from the group (which hopefully isn’t any time soon).

Up until now, the group considered current S/mileage as the “first chapter”, and with new members added, they feel like they’re ready to flip the script and begin a new chapter with a new name.

Upfront, the group’s agency, has translated a post concerning the news:

S/mileage made their major debut more than 4 years and a half ago.

We began as 4 members but on 2011 Ogawa and Maeda successively graduated and the group had to surpass a crisis.
During this crisis 2nd generation members have been added and 6 members composed the group since then. We, as 6 members, had to overcome many things and this year, we have been able to successfully perform at the Budokan, a dream for us.
For S/mileage, it was something really big and we have been able to get more self-confidence by ourselves.

We feel really gratitude towards the 4 members of the 2nd generation.
With the successful Budokan’s live, we have reached the point of thinking that S/mileage can do things bigger and bigger.
Then during some habitual discussion with the 2nd generation, we sometimes felt anxiety from them about what will happen to the group if we, the original members, would graduate from S/mileage.
We discussed with our staff, and we will add members from Hello! Pro Kenshuusei. We think that adding new members would be a good stimulus for everyone.
With this new group’ start, our name will change as well. We are currently taking applications for this new name.
It was “the first chapter” of S/mileage until now. We think that with the new group’s name, we, as 6 members plus the new members will start “the second chapter”.
To be able to do what we couldn’t do until now, we would like to challenge new things in order to reach this potentiality.
Please continue to support us from now as well.

S/mileage was first announced as an indies unit in 2009 with the possibility that the group’s member line-up may change . After their debut, an audition was held in May 2011 seeking up to six new members ultimately adding 5 sub-members to the group. In the span of 4 months before year’s end, 1st Generation members Yuuka Maeda and Saki Ogawa graduated, as well as sub-member Fuyuka Kosuga. The group has since had a consistent lineup.

The group’s name name was chosen by Tsunku, who explained explained that the name is taken from “Smile”, “Mileage”, and “Age”, and that it means “the age of smiles”. They plan to take public applications for a new name, but it has not been revealed how or when this will happen.