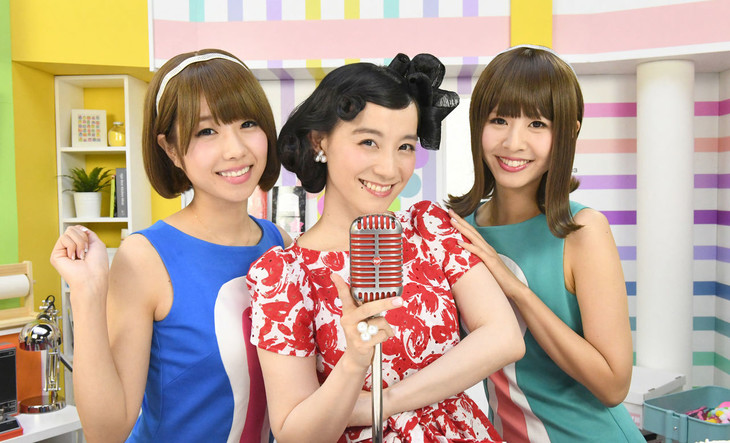 This September Shinohara Tomoe is teaming up with Shibuya-kei idols Vanilla Beans to form the unit ShinoVani.  It took Shinohara eight years to compose and write the lyrics for the title track “onnanoko ☆ otokonoko” and that’s not the only part she’s had her hands in. Shinohara will also be in charge of costume design and the story for the PV. In celebration of this release ShinoVani will perform at Roppongi Hills Arena on August 17 for free!

“onnanoko ☆ otokonoko” will be released September 28th under Avex. The ShinoVani unit name comes from the program that Shinohara co-hosts with Vanilla Beans on Asahi-TV. The collaboration is something that both groups had wanted to do since the beginning of their show and now finally have the chance.