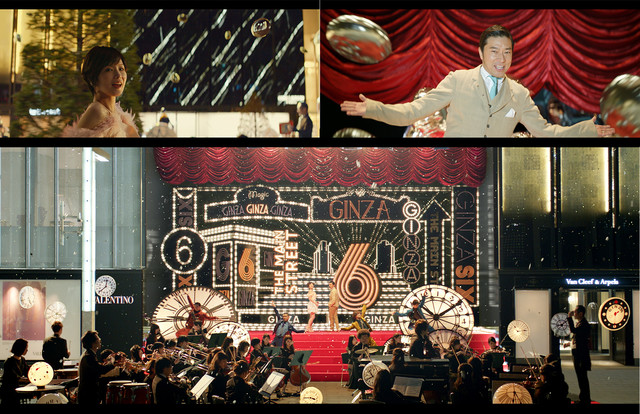 On April 20, GINZA SIX will open in Tokyo. The high end shopping mall will feature brands such as Celine, Saint Laurent, Dior, Fendi, and Valentino. Also set for digital release on that day is “Menukidori”, the mall’s theme song. “Menukidori” is a collaboration between Shiina Ringo and Tortoise Matsumoto of The Ulfuls.

“Menukidori” is written and composed by Ringo, and arranged by her longtime collaborator Saito Neko. The song was originally supposed to be a mere jingle, but once Ringo was able to get Tortoise Matsumoto on board, the full song was created. She had been wanting to collaborate with him for a while. After the management of GINZA SIX heard the full song, they suggested a release on the same day as the mall’s opening. Ringo describes “Menukidori” as the theme song for a new Ginza.

The duo will also perform the song on the April 28 episode of Music Station.

Check out the special movie / music video for the GINZA SIX below!