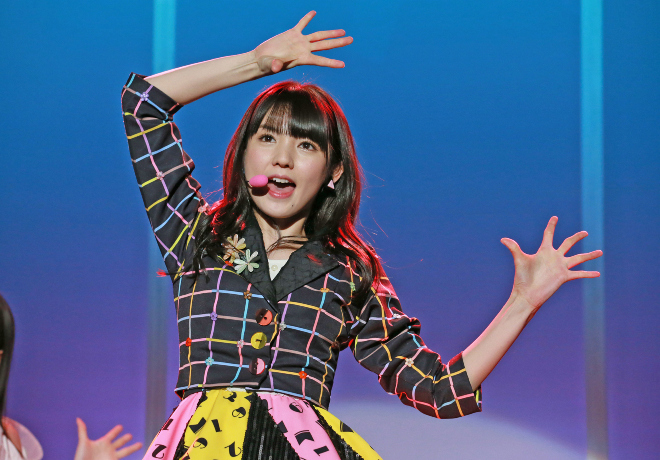 Today, the former leader of Morning Musume Sayumi Michishige finally made her long awaited return to the entertainment scene, holding a special event called “SAYUMING LANDOLL” at the Cotton Club venue in Tokyo.

Instead of holding a concert or dinner show, Sayumi decided to create her own show that would probably be best described as a musical. The story follows “Toto”, played by Sayumi, who is an apprentice of the futuristic circus group “Sayumingland”. The show heavily incorporates the use of projection mapping, comparable to what Perfume has done at concerts. Following the theme of “hope” and “rebirth”, the flashy images and “illusions” received rave reviews from fans who were able to attend the opening show. Six new songs were performed, along with her two previously released solo songs “Lalala no Pipipi” and “Shabadaba Doo”. Many of the new songs have a J-electropop flair to them, and features song writing/production credits by Seiko Oomori, CMJK, and Kaoru Okubo among others.

While on hiatus for nearly two and a half years, Sayumi got the itch to sing and dance again and decided on her return. Sayumi jokingly said she decided to graduate at 25 since it was the peak of her cuteness, at 27 years old now it looks like Sayumi is far from fully spreading the gospel of Kawaii! “SAYUMING LANDOLL” will run until April 16th, a special CD featuring the new songs will be sold at the venue starting on April 10th.

Pictures from “SAYUMING LANDOLL” as well as video footage can be seen below.