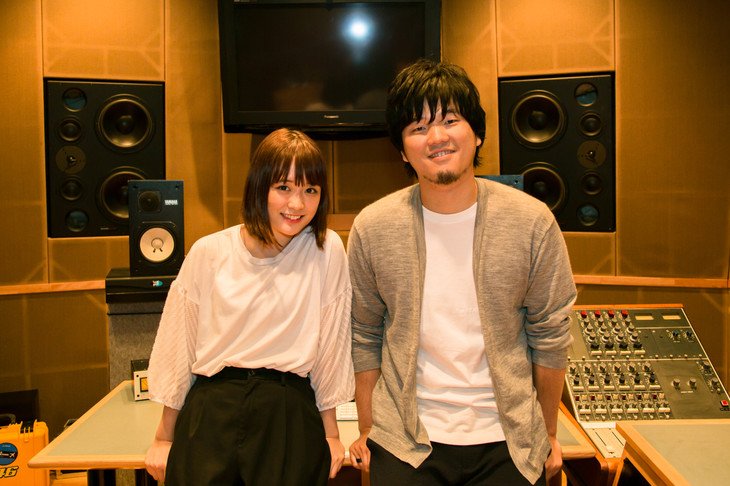 Actress and singer Sakurako Ohara has revealed that her forthcoming 7th single “My Favorite Jewel” was written with and composed by popular singer-songwriter Motohiro Hata.

According to Natalie, Ohara became a fan of Hata with the release of his 2014 single “Himawari no Yakusoku,” of which they have since performed together on TV in the past. The song itself was a bonafide hit across Japan, partially in thanks to its tie-in as the theme song of the record-breaking film “Stand by Me Doraemon.”

The two began working on the song at the end of 2016 when Hata gave Ohara a demo of a new song he was working on with her in mind. The two exchanged their notes on the song and worked on it together until they felt it was complete.

I’ve had the chance to meet Mr. Hata several times and I’ve been a fan of his music, so I’m very pleased we could work together like this. When I heard the melody of the song for the first time, it felt fresh and pure. I’ve had the experience of performing with Mr. Hata live two times previously and felt a similar feeling as I did when I heard this song. I tried expressing those feelings while recording it in the studio, and hope others feel the same about the song as I do.

Sakurako Ohara’s 7th single “My Favorite Jewel” will be released on August 9 with coupling tracks “Jet Set Music!” and “ALIVE“.