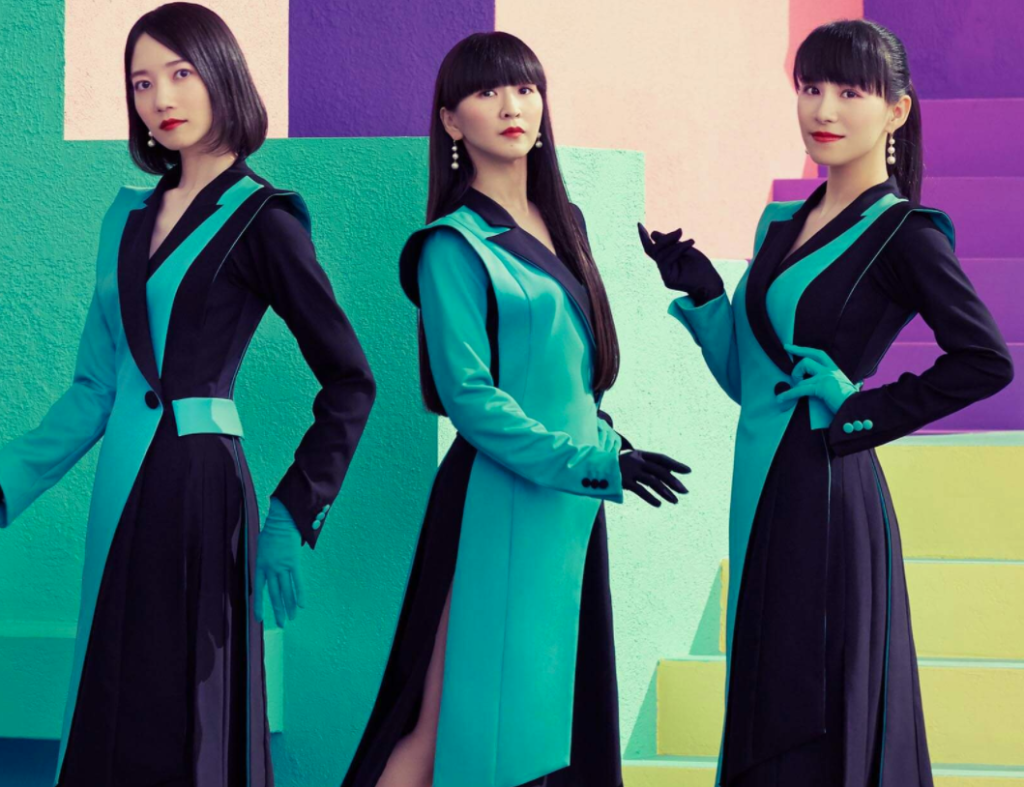 Girl group Perfume is returning to the scene with their first physical single since 2018’s “Mugen Mirai”! Visuals have finally been released for the long-awaited single “Time Warp”

The new single is being released in celebration of the groups 15th anniversary since making their debut, and 20th anniversary since the group was formed. “Time Warp” will be available in two different versions, with the limited edition being housed in a special packaging and will also come with a cassette tape of the single! DVD content on the single includes the MV for “Time Warp” and the b-side “Saisei“, along with making-of footage for Saisei.

The regular cover features the girls on multicolored steps with a mystery shadow person running by them, and the limited edition has them blurry, looking similar to the shadow person in the regular edition. This has fans very curious to see what the MV will look like.