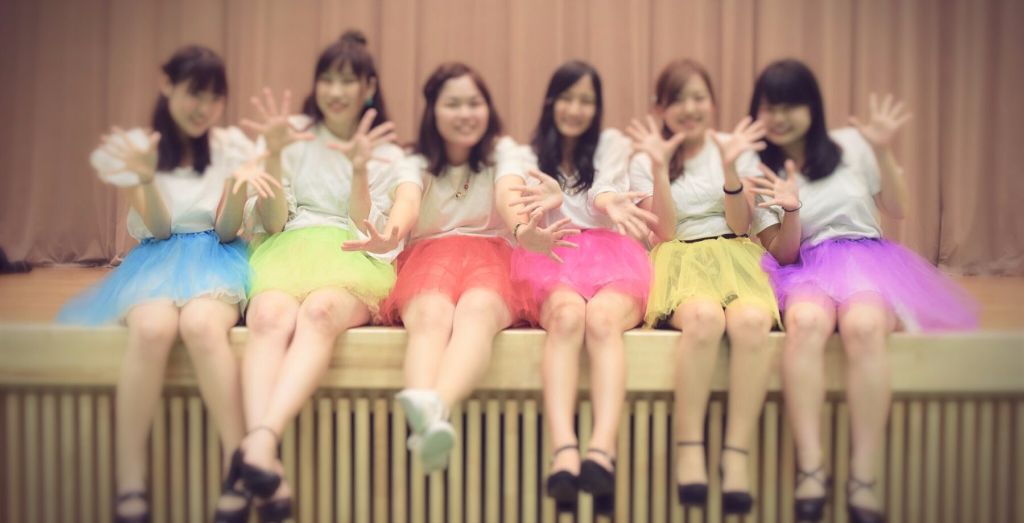 A new idol group Anjewel, formed by the religious, spiritual and political movement widely criticized as a cult Happy Science, is planned to debut this December. Because what better way to reach a wider public in Japan than creating a niche idol group?

Sankei Shimbun reports that the group consists of 6 female students with ages ranging from 18 to 22 years old. The selection process was based upon creating a group where each girl is unique, whose faces and personalities are widely different from any other member. From a PR standpoint, the goal is to improve the public image of Happy Science and show how diverse its followers are.

The name Anjewel (Anjuru) combines the words “angel” and “jewel“, but Hello! Project fans on the internet were quick to point out the similarities with the group ANGERME (Anjurumu).

“Looking at the internet’s response, it seems like Hello! Project fans are curious,” commented Ayaka Morimi of group’s PR team. “I’m used to being flamed on the internet. Better yet, I’m rather pleased about the following we’ve received.“

Founded in 1986 by CEO Ryuho Okawa, the basic teachings of Happy Science are “Exploration of the Right Mind” and the “Principles of Happiness“. Okawa claims to channel the spirits of Muhammad, Christ, Buddha and Confucius, and is the incarnation of the supreme spiritual being called El Cantare.

The only requirement to join Happy Science is that applicants must have “the aspiration and vision to seek the way and contribute to the realization of love, peace and happiness on earth“. Confusingly enough, the Happiness Realization Party, the organization’s political wing, was formed in 2009 and promotes the support for Japanese military expansion, support for the use of nuclear power, and denial of historical events such as the Nanjing Massacre in China.

Throughout the three decades since its foundation, Happy Science has rapidly grown into a global movement with members in over 100 countries around the world. The cult boasts 10 million members domestically and 1 million abroad with centers in major cities such as New York, Los Angeles, San Francisco, Tokyo, London, Sydney, Singapore, Hong Kong and Sao Paulo.

The currently lineup for the idol group has been decided, but there is the possibility of new members joining in the future.

All six members of Anjewel will be revealed at El Cantare Festival on December 7.