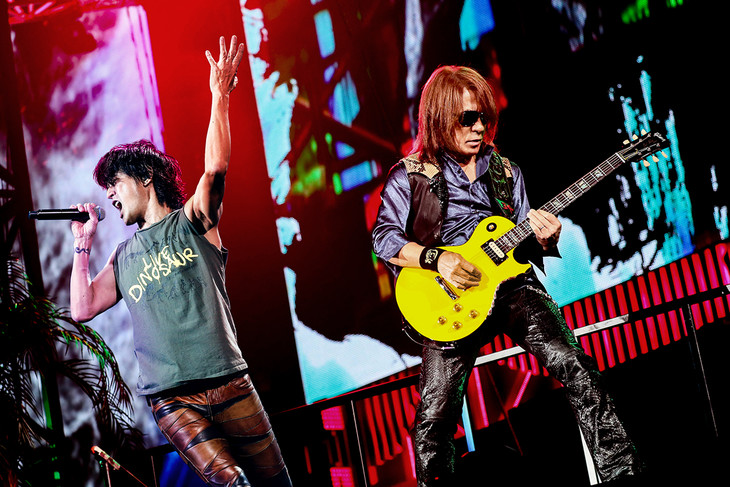 Hard rock duo B’z have announced that their latest song “Majestic” will be used in the new commercial for Glico’s “Pocky” product line.  Though B’z are celebrating their 30th anniversary in the music industry this year, this marks the first sign of new material from the pair since the release of their album “DINOSAUR” last November.

The CM stars actresses Rie Miyazawa and Sara Minami as a mother and daughter, the former attempting to help the latter make the transition to a new school.  “Majestic”, the accompanying track, has been described as a warm ballad number with a focus on acoustic sounds.

You can find this commercial, which features a lengthy preview of “Majestic”, right after the jump.