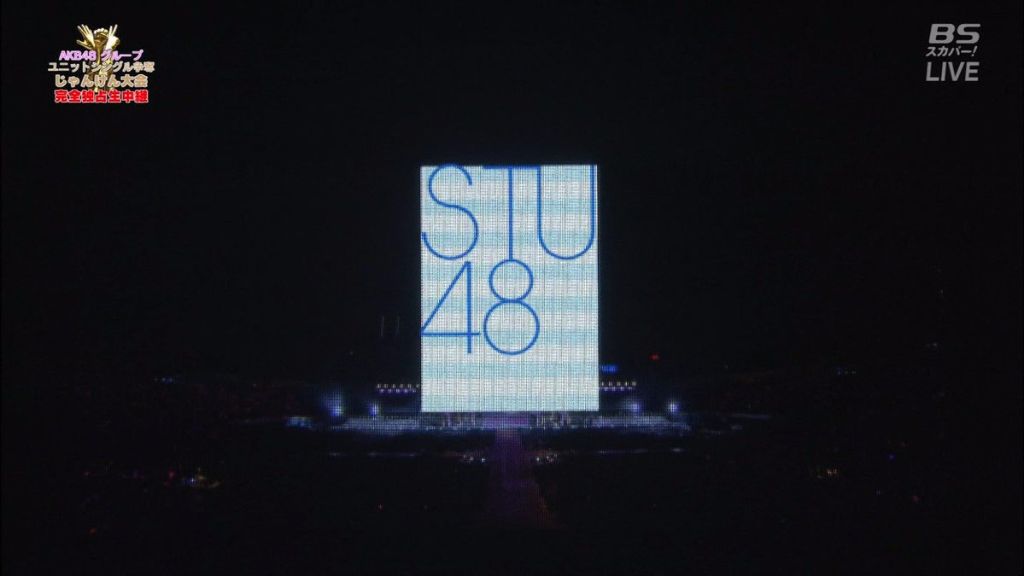 As soon as the Janken Tournament was over, the curtains dropped on the crying AKB48 member Tanabe Miku, who was awarded the title of Janken Queen 2016. Rumors of AKB48 sister groups for Naha, Sendai and Sapporo have been swirling for a while, so when a map of Japan was projected it came to no surprise, but the reveal of a group for the Setouchi region did.

Their official web site has been launched, and the official announcement video is uploaded on Youtube.

The region of Setouchi encompasses the areas on the islands Honshu, Shikoku, and Kyushu that border the Seto Inland Sea. The group will represent 7 prefectures that touch said sea: Yamaguchi, Hiroshima, Okayama, Hyogo, Ehime, Kagawa and Tokushima.

STU48 is a sister group not based on a Japanese city, but instead their theater is on board a ship that is planned to sail throughout its namesake Seto Inland Sea.

This brings the current and future 48family to 10 groups, including the Bangkok, Manila and Taipei groups that have yet to debut.