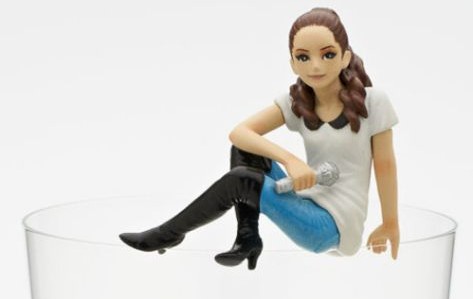 Koppu no Fuchico are a popular gasahapon capsule toy produced by Kitan Club originally of a cute female office worker. They sit on your cup and enjoy the experience of hydrating with you.

In its debut week, the first series sold over 100,000 figures in gashapon machines throughout Japan. It proved to be a hit and the company started producing more variations of the figures, from differently posed figures to stationary to t-shirts. After a couple celebrity tie-ins, it’s Namie Amuro‘s turn to get in on that action as merchandise for her ‘LIVE STYLE 2014‘ tour. 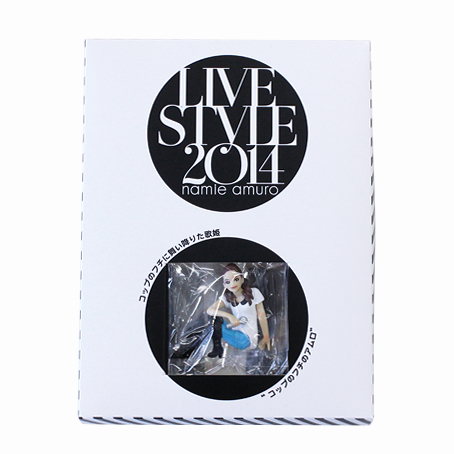 The limited edition Amuro Fuchico comes with the tour pamphlet, but if you can’t see her live, it will be available at Tower Records online store or her official online store.