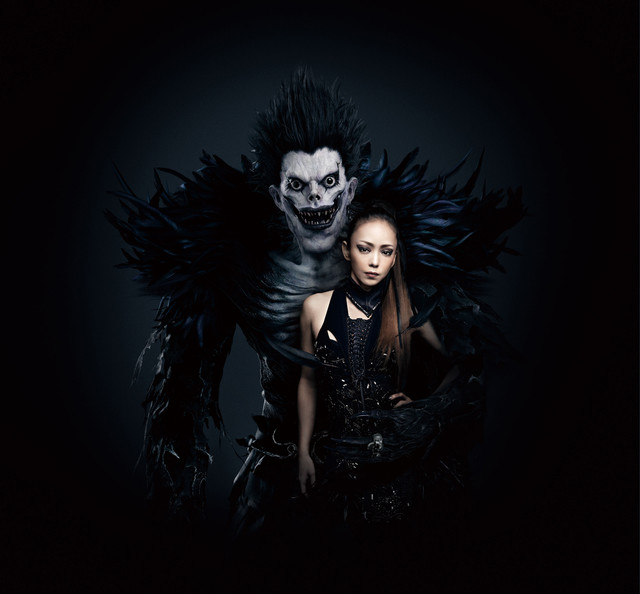 The new “Death Note” movie, “Death Note Light Up the NEW World” hits Japanese theaters on October 29. It is now being reported that Namie Amuro will be in charge of the movie’s theme song. It is titled “Dear Diary” and is described as a ballad that is inspired by the movie’s title, dealing with believing in love and soldiering on through life’s challenges. Another song of hers, “Fighter”, will also be used as an insert song in the movie. This song is described as an aggressive dance song written from the view point of the movie’s heroine, Aname Misa, played by Toda Erika. “Dear Diary” and “Fighter” will be released together as a double A-side single at a to be determined date.

Namie said that she was honored to be selected to sing the songs for the new “Death Note” movie, noting that they are 2 totally different songs, but both deal with having strength. Sato Takahiro, the movie’s producer, noted that previous “Death Note” movies have used songs by the Red Hot Chili Peppers and Lenny Kravitz, in an effort to give them more international appeal. However, since “Death Note” is now known worldwide, this isn’t needed. He wanted someone to sing the songs in the new movie that represented Japan, resulting in the selection of “Queen of POP” Namie Amuro. He made note of Namie’s evolution, voice, dancing ability, and sense of presence.

Check out more promo pictures of Namie in collaboration with “Death Note” below!