Singer Namie Amuro has joined forces with 7-11 for their upcoming Christmas campaign. A brand new song titled “Christmas Wish” has been recorded for the project. A special music card of the song will be sold exclusively at 7-11, it will be the only way to purchase “Christmas Wish”. While supplies last a special poster will also be given to customers who purchase one of the new Christmas cakes featured in the campaign. “Christmas Wish” will allegedly *Wendy Williams voice* not be distributed on any future singles or albums. The only way to ever buy/own the song is to do so during the campaign.

In addition to this two new limited edition goods have been revealed for Namie’s current “LIVE STYLE 2016-2017” tour. An extravagant pop-up Christmas card priced at 1,700 yen and a holiday themed t-shirt priced at 4,000 yen. Pictures of the new goods, as well as the 15 second version plus behind the scenes footage of the “Christmas Wish” CM can be seen below! 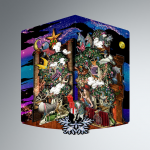 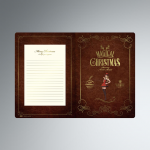 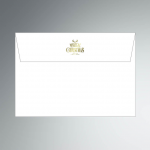 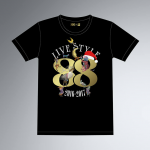 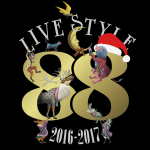