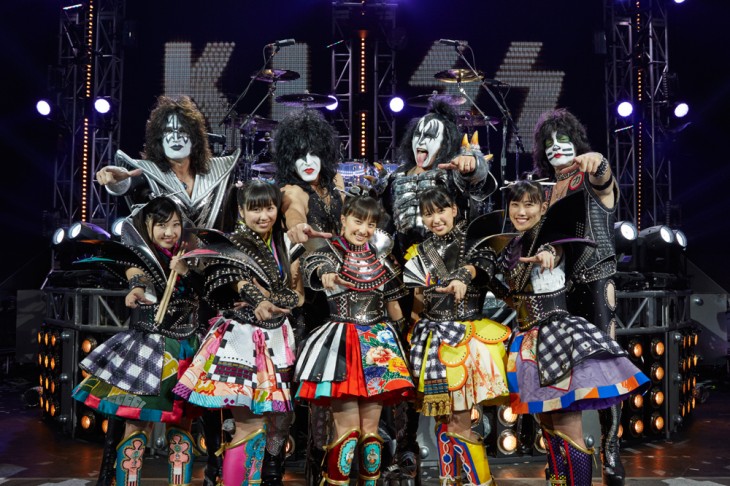 It has been announced that hard rock band KISS and Momoiro Clover Z will come together as “Momoiro Clover Z vs KISS” early next year for a collaboration single. The CD jacket photo shoot and PV filming has already been completed in Las Vegas, Nevada.

This is the first time KISS has collaborated with a Japanese group. The single will be sold in two types: a KISS version and Momoiro Clover Z version. The KISS version comes with only a CD consisting of three newly recorded songs and off-vocal versions, while the Momoclo versions comes with a CD consisting of the title track, a couple song and off-vocal version as well as a Blu-Ray disc.

Furthermore, Momoiro Clover Z is set to participate at KISS’s final performance of their 40th anniversary tour at the Tokyo Dome on March 3, 2015.

This forthcoming collaboration single is currently untitled but will be released January 28, 2015 on iTunes to about 120 countries worldwide. It will mark the first of a consecutive release of 3 singles in the first half of 2015 for Momoclo.

(via Natalie, Photo by Hiroshi Manaka)