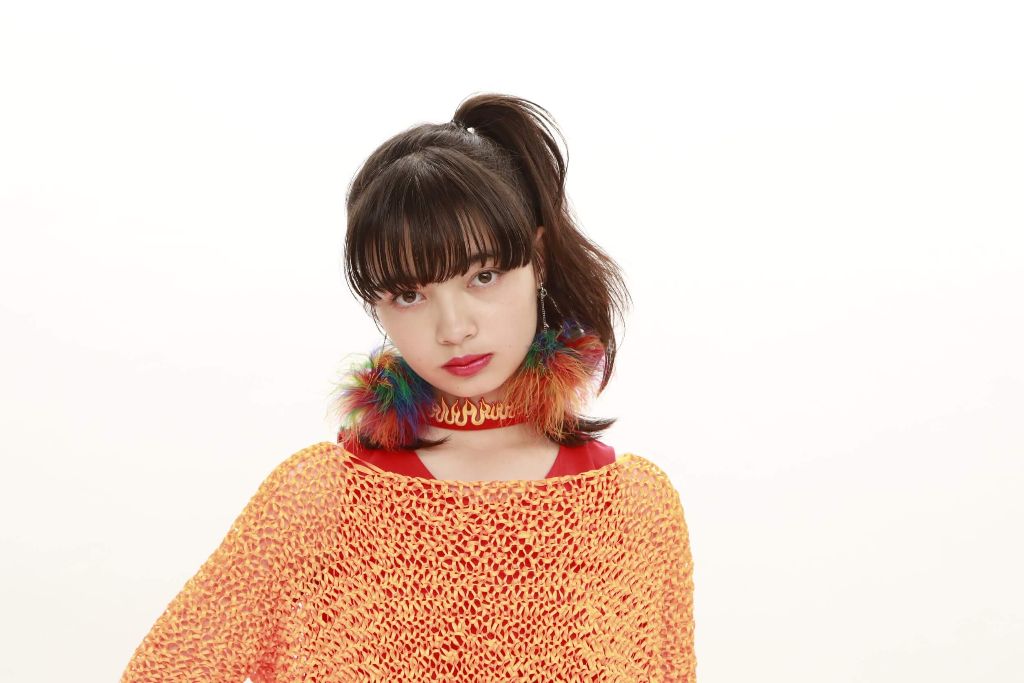 Earlier this month, the Fukuoka based singer and model MANON released her debut full length album, TEENAGE DIARY. After a few singles leading up to the album, she had started to create some buzz with her super trendy approach to Japanese pop. Definitely an artist in-tune with social media and the modern world, it was exciting to see how her album would turn out. Let’s find out! The album opens with ‘xxFANCYPOOLxx‘; a track sampling Nelson Riddle‘s ‘Ya Ya‘, most famously used in Stanley Kubrick’s adaptation of Nabakovs‘ “Lolita“. This really sets the picture of what this record is all about. MANON fits that image of ‘Lolita’- she looks insanely young- even to the point of sporting pigtails and braces. It really is kind of ridiculous- and she knows it. This is the amount of self awareness we’re dealing with in MANON’s world- and it’s both adorable and annoying-  to a brilliant extent.

MANON indeed is the epitome of Gen X‘s stereotypical image of the millennial– life in a constant state of irony. Her music is trashy but carries with it the fact she knows it’s trashy. It’s op-shop pop, this kind of Frankenstein monster of influences- ranging from 80s synth pop, video-game, hip-hop and even touches of reggae- all the while being deliriously youthful and cheeky.

While featuring Kero Kero Bonito on “SWIPE” will surely bring MANON some international gaze, the fact of the matter is that particular track is probably the weakest thing on offer here- with Kero Kero Bonito ultimately being a distraction than actually adding anything to the song. Luckily then, MANON’s other international collaborator, Canadian producer Ryan Hemsworth makes up for that slip up with the delightful single “COCO BOI ROMANCE“- a bouncy number that no doubt will become a staple at future live events with it’s sugary hooks.

You can’t talk about this album without of course, talking about its main producer, Yuppa (formerly a member of Hazel Nuts Chocolate), who really seems to know the inside and out of the current world trends. Indeed, this album really feels like it has taken the many of elements of the burgeoning indie electro-pop scene outside of Japan, yet managed to keep it’s distinctly ‘J-pop’ aesthetic in the process.

The album sounds glitzy and bright throughout it’s entire run-time. MANON may not be the strongest vocalist around, but her cheer-like delivery really brings a lot of these songs to life. Given time to settle, listeners will find themselves getting addicted to the overly caffeinated sounds of tracks like ‘WAVY PINEAPPLE DAYS‘ and ‘GOMENNE GIRL‘. (as a side-note, MANON has gone with ALL CAPS for every single track title here- perfectly adding to the cute ugliness of the whole thing).

TEENAGE DIARY is one of the most fun listens you will have in 2018, but also has potential to be one of the most annoying. There will certainly be a generation gap when it comes to appeal here- this review is making me sound like an senior citizen already. But that leads to the ultimate question- isn’t that the point?

TEENAGE DIARY is out now and is available from all the regular online retailers. It is also available for streaming in all regions. Check it out!