More pictures and details after the cut! 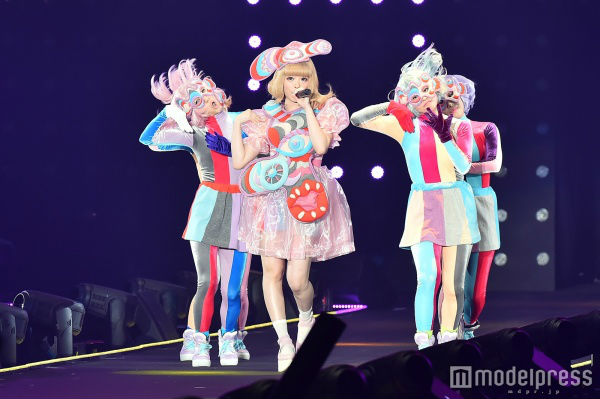 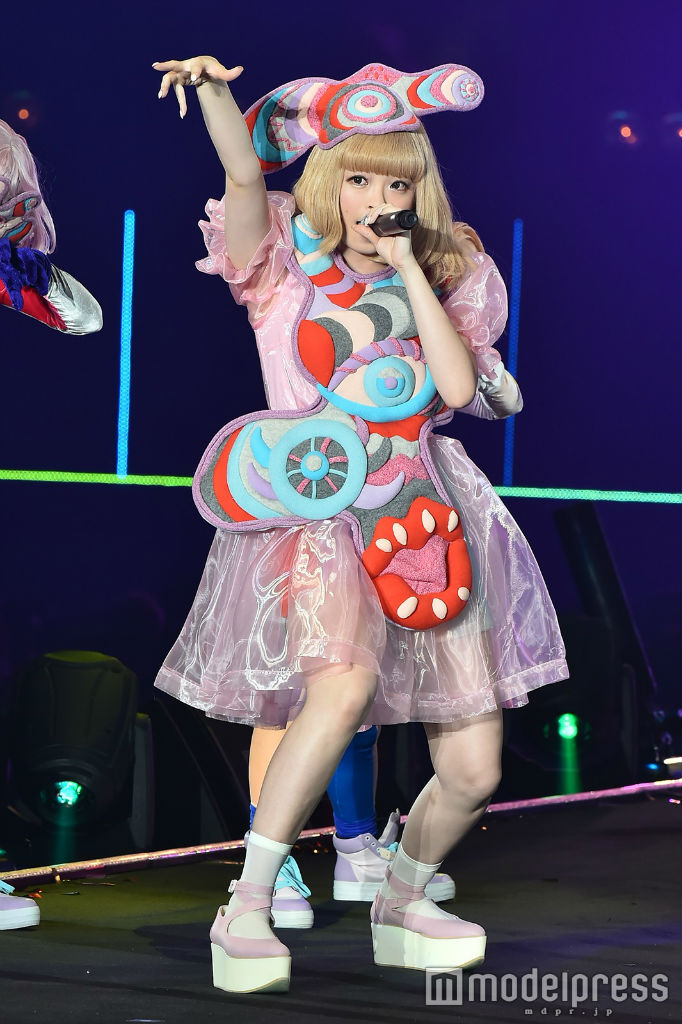 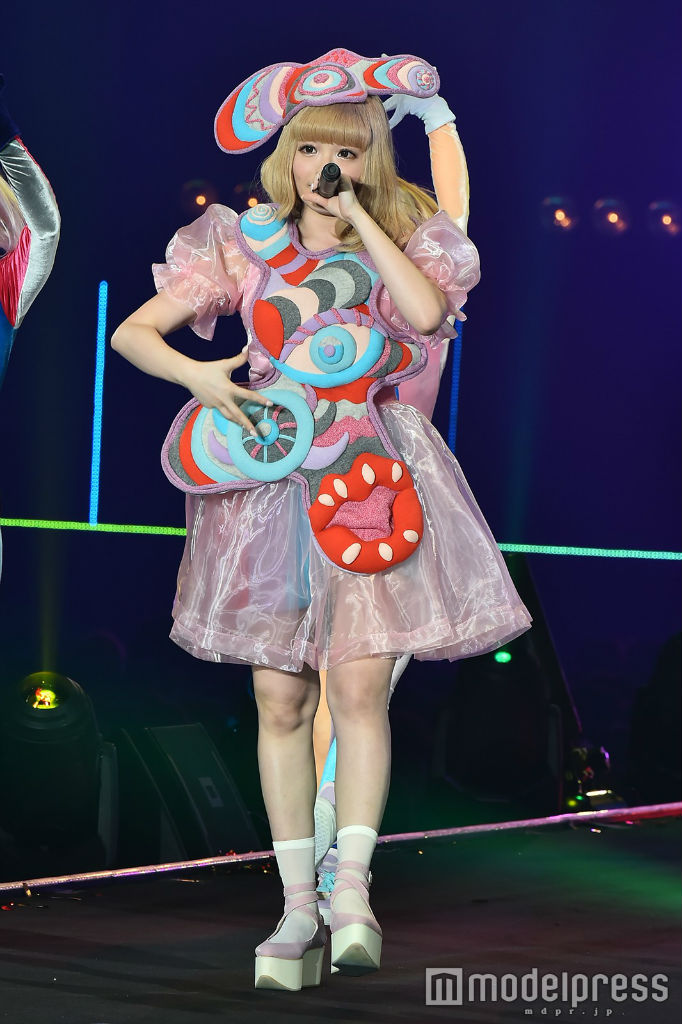 Kyary wore Japanese brand beachme; a brand known for its high quality cashmere apparel. Kyary collaborated with the brand to create an interesting pop-art like look for her performance, with eyeballs and a mouth scattered about the costume.  The outfit perfectly captured Kyary’s unique “kawaii” outlook. 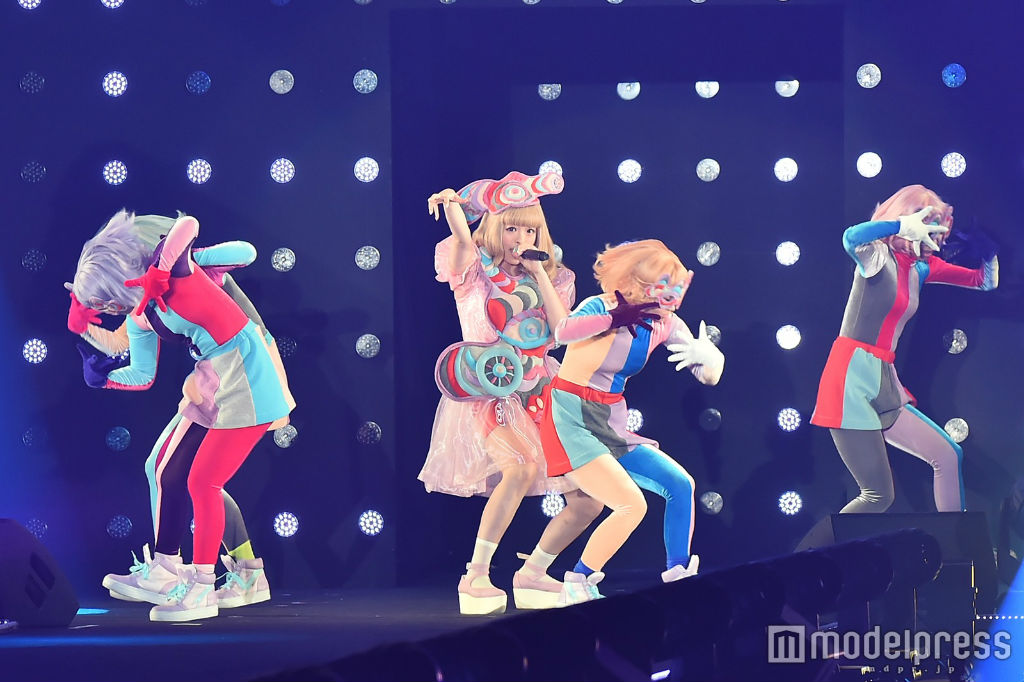 She performed her song Fashion Monster and the crowd went crazy with smiling fans. 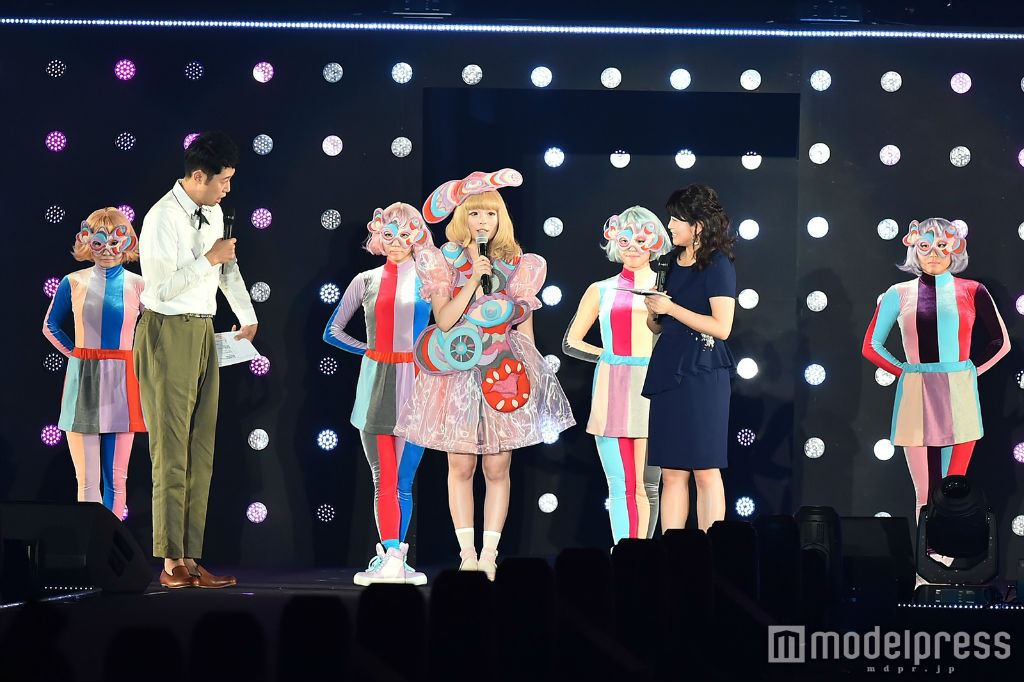 After the performance, she commented “I was happy they made me a strange and cute costume.”

Her costume worn on Saturday’s TGC event is scheduled to be included in her art work exhibition, which will be held at her World Tour celebrating her 5th year since debuting. Regarding the tour, she stated, “It’s been 5 years since my debut, so I want it to be super flashy and cool! I’d like to do a lot of interesting things.” 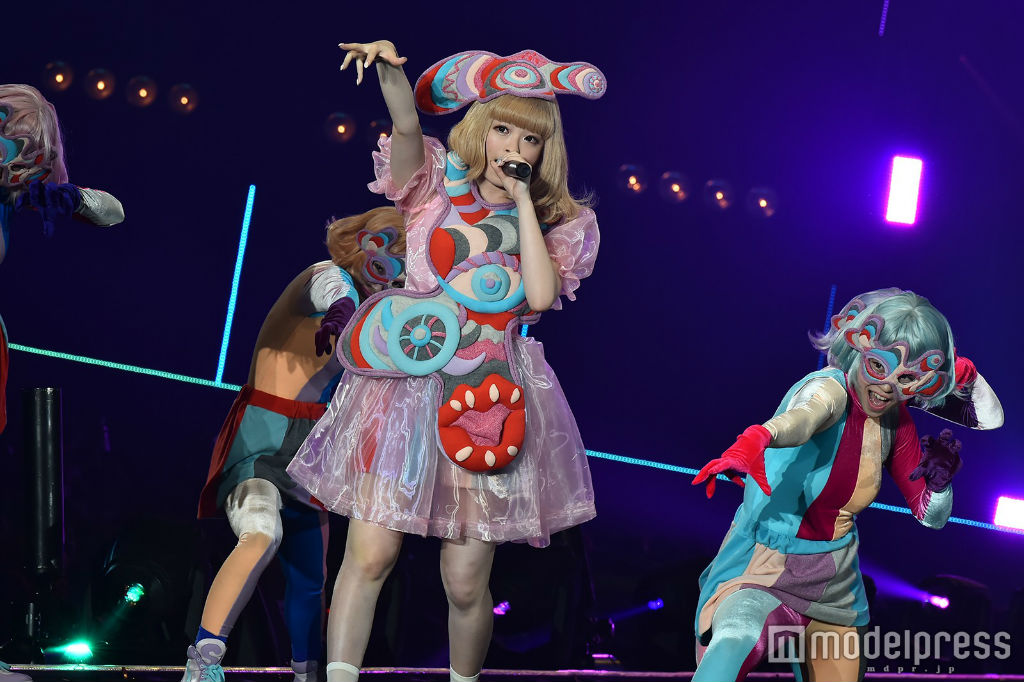 The brand beachme made its official debut last September at TGC, and mainly focuses on cashmere apparel. The brand is doing a lot of artist collaborations, and has plans to spread their unique looks throughout the world. 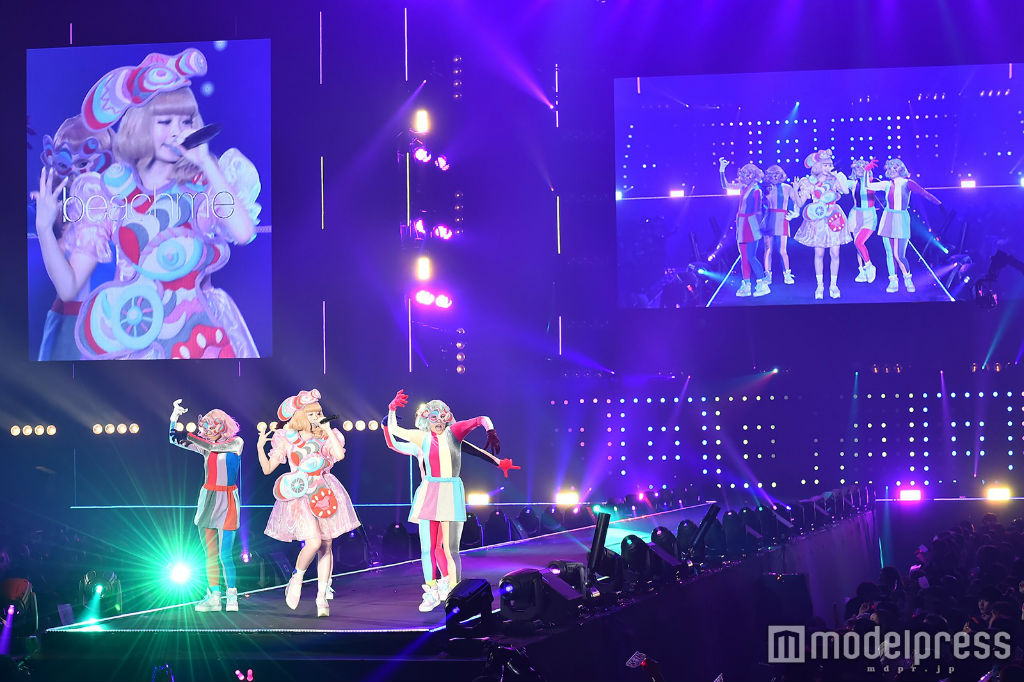 TGC has been held twice a year since August 2005, and is set around the idea of “Bringing Japanese girls culture to the world.” Reaching its 22nd year, the theme of TGC 2016 S/S was “party,” and featured approximately 100 different popular models. It also featured many collaborations, including “fashion x music” “fashion x magic” “fashion x dancer” and “artist x entertainer.” Approximately 30,000 people attended the event. (translated from modelpress)