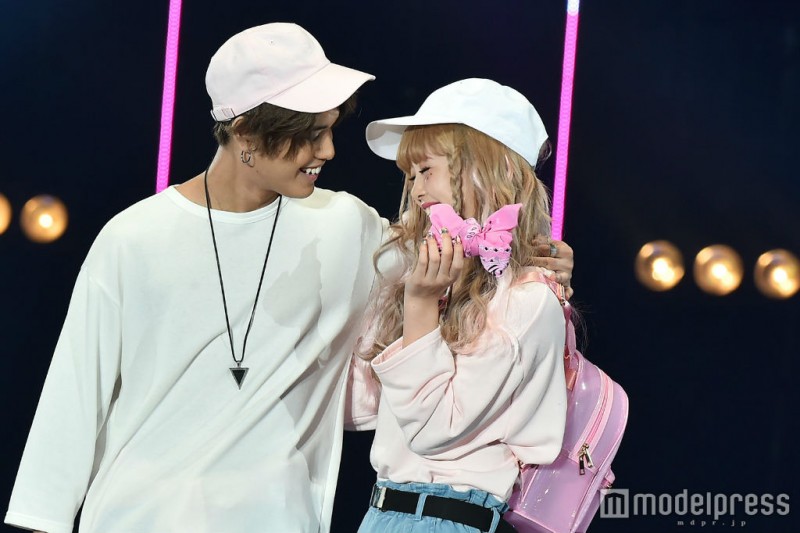 On Saturday the 19th, Popteen magazine model Nicole Fujita, aka Nicorun, appeared in the 22nd biannual Tokyo Girls Collection 2016 SPRING/SUMMER event, along with reader model and member of boys group XOX (read “hug kiss hug”), Batoshin. Nicorun had confessed that she had a crush on Batoshin earlier this year.

More pictures and details after the cut! 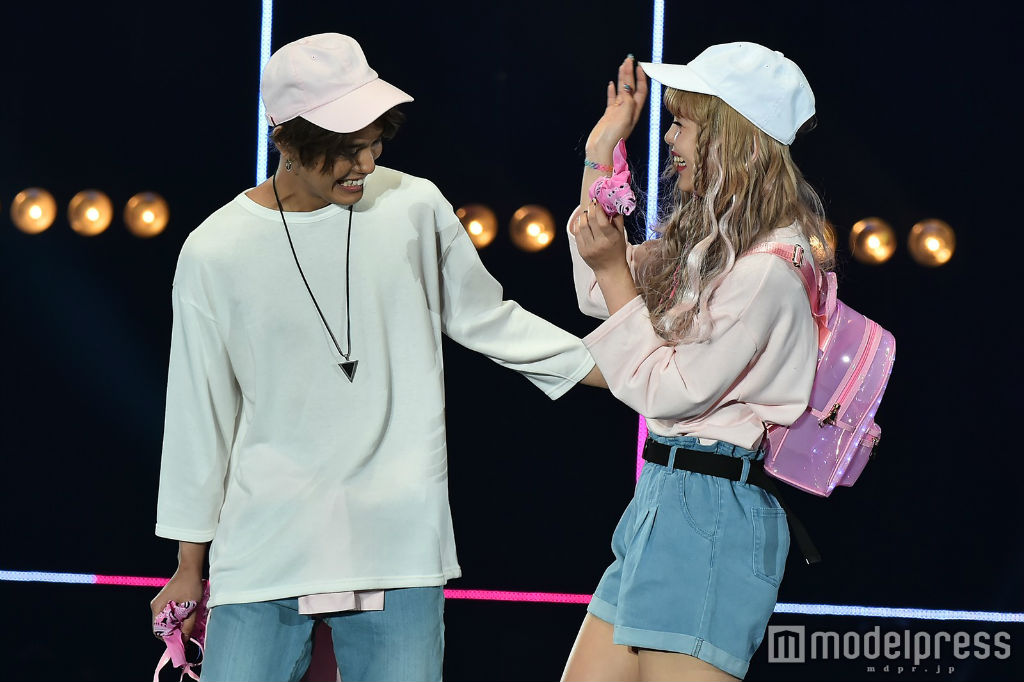 The two appeared on the WEGO stage, smiling and holding hands. They wore a matching white, light pink, and denim “pair look.”

On the runway, Batoshin wrapped his arm around Nicorun and tried pulling her in closer to him, but she seemed to get shy and pulled away. The crowd erupted as fans watched the two’s innocent young love on the stage. 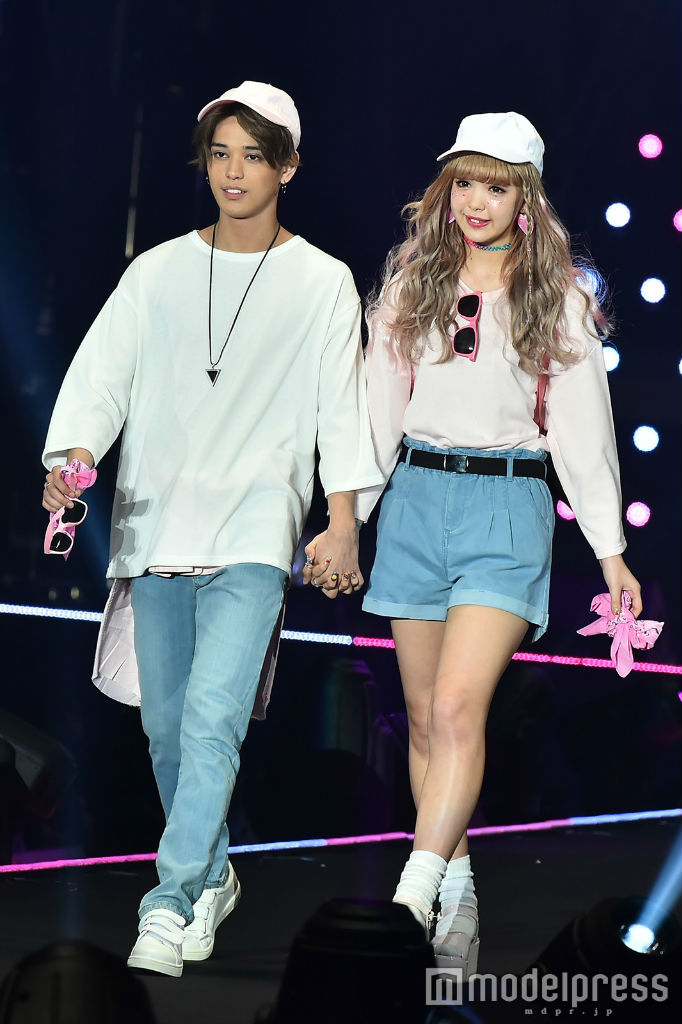 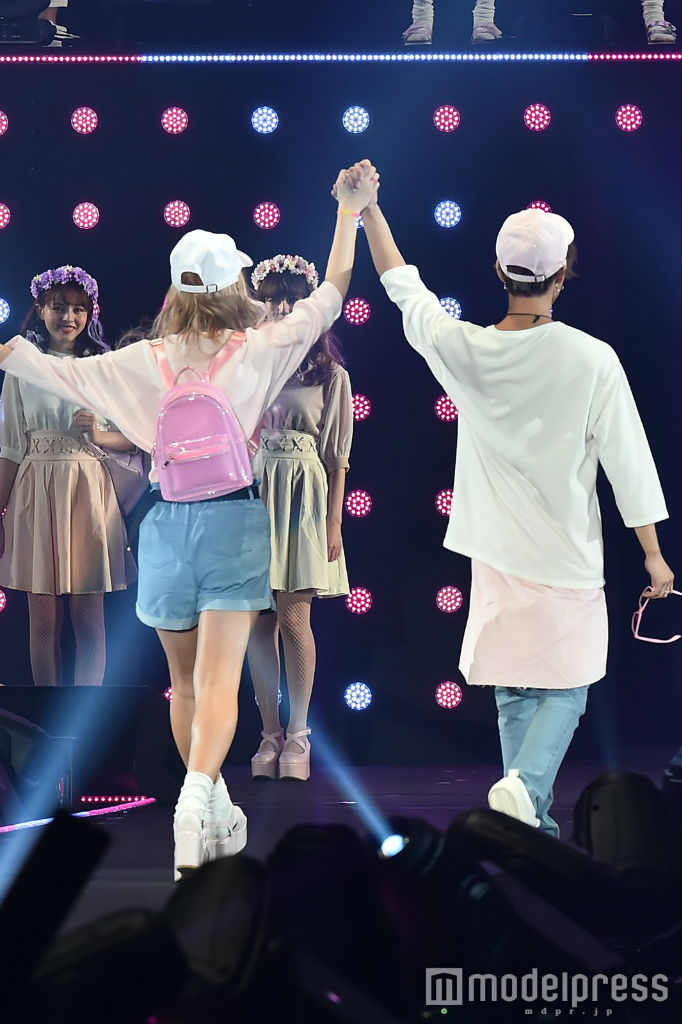 During questioning backstage, the two commented on the runway performance.

Interviewer: The crowd really went wild during your runway performance, didn’t they?

Batoshin: Before walking down the runway, I told her ‘I’ll think of something so just leave it to me.’

Nicorun: Nothing was decided. That’s why I forgot about the camera and really enjoyed myself!

Batoshin: [referring to when he tried to hug her] It felt like you avoided it though…?

Nicorun: Because it was like ‘is this real!? (blush) It was our first time walking at TGC and the crowd was great, I’m really happy. 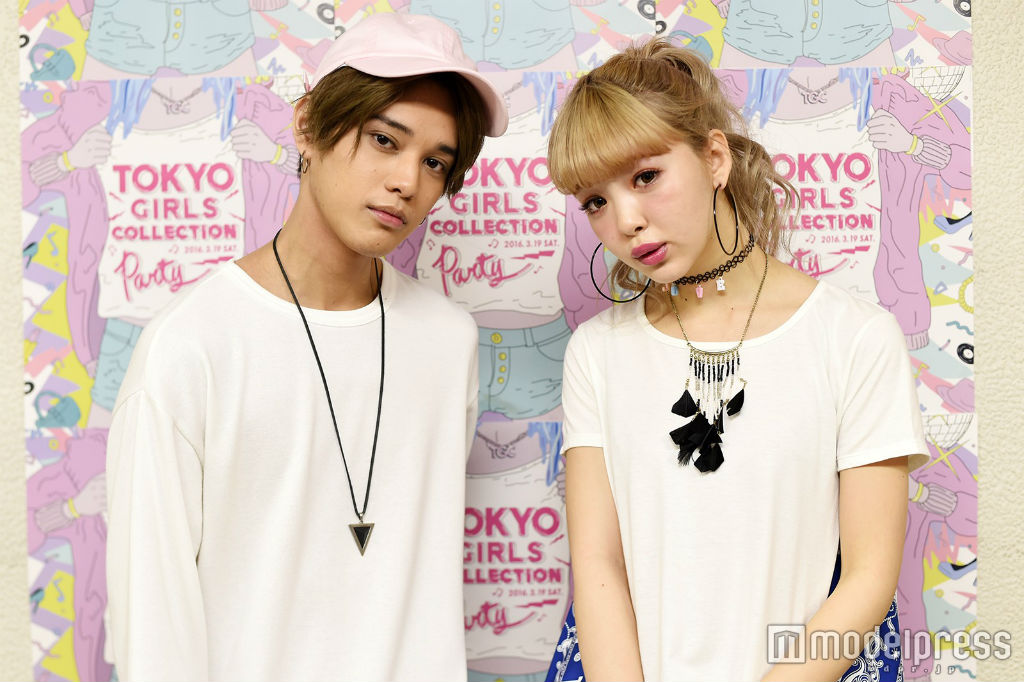 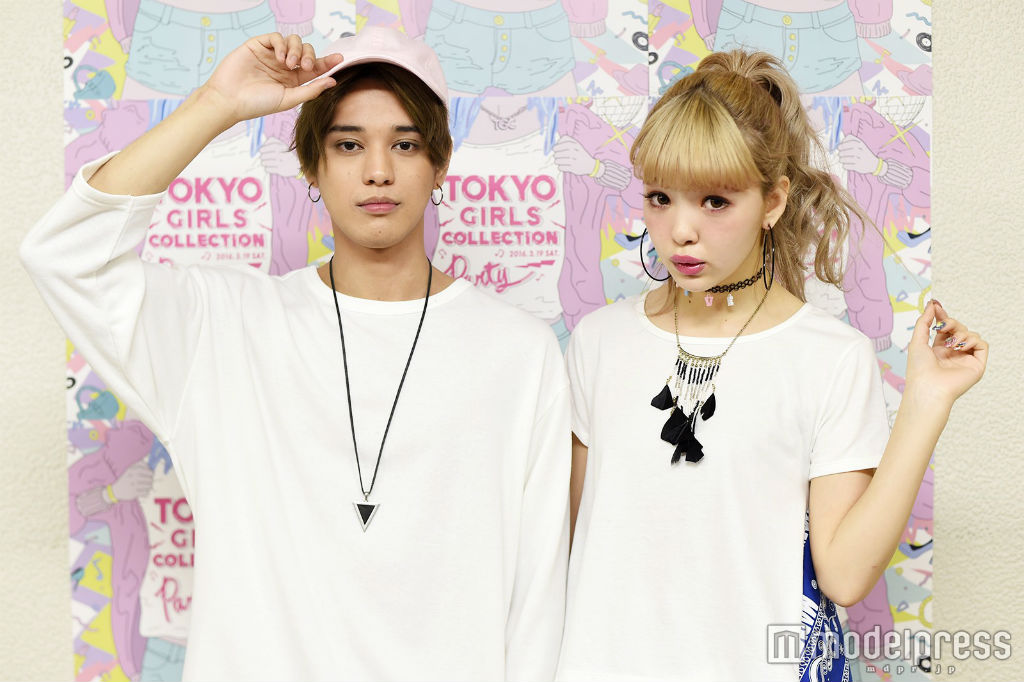 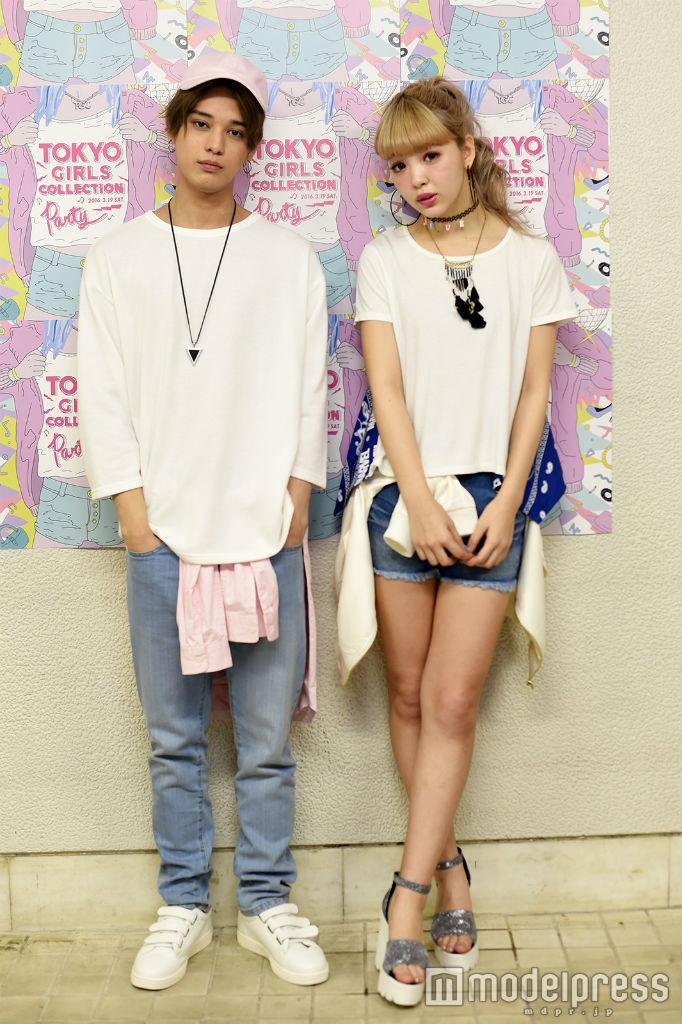