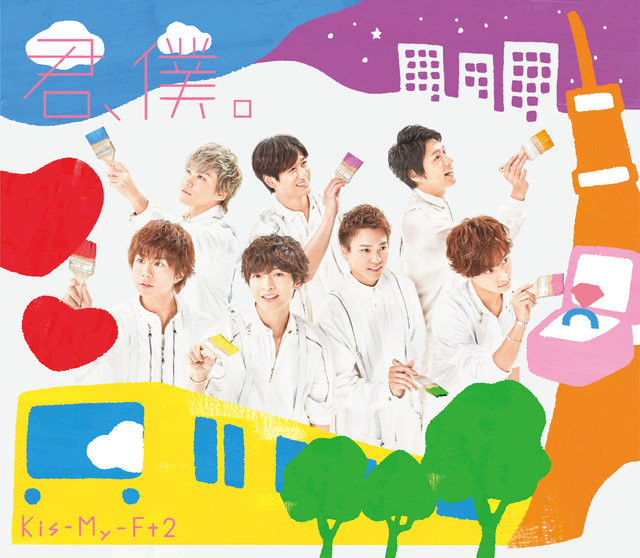 Johnny’s group Kis-My-Ft2 have released the short version of their MV for “Kimi,Boku“.

Riding high off the success of their recent dome tour, “Kimi,Boku” is the groups 22nd single overall. The MV takes place in a “white world”, the members are also wearing full white clothes. The setting was designed to resemble the architecture on Greece’s renowned Santorini island.

As the MV progresses each member begins to paint the white world with their official member color. Check it out below!

“Kimi,Boku” will be released in three different versions. Two limited edition CD+DVDs and a regular CD only. Version A of the DVD will come with the full “Kimi,Boku” MV along with making-of footage while version B will come with scenes from the “KIS-MY-PARTY” event held back in August 2018.

The regular edition will come with a fun bonus called ” KIS-MY-VOICE”, which features voice messages from each member of the group.