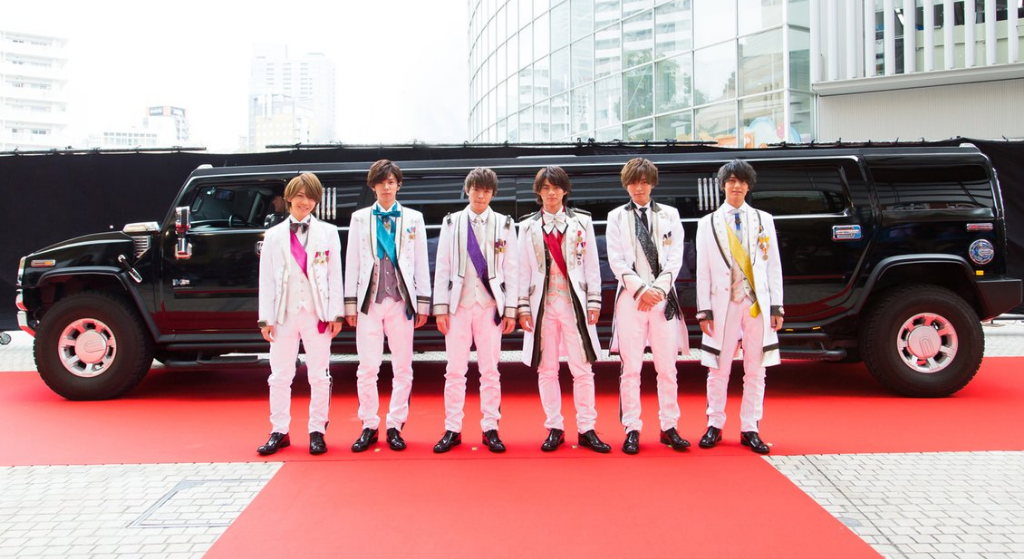 Johnnys new group “King & Prince” held a debut event at Roponggi Hills Arena on March 15, where they announced that they will be releasing their debut single “Cinderella Girl” on May 23. The song was showcased for the first time infront of 1,000 cheerings fans at the event. Fitting for their group name, “King & Prince” arrived like royalty at the event via a black limousine and dressed in a white costume.

In January this year, their debut was announced slated for Spring under a new label “Johnny’s Universe”, the first label by Johnnys Jimusho and Universal Music. Since then, the group has been gaining steam. Their official fanclub was opened in the beginning of February and has so far reached over 100,000 members by the end of the month.

Regarding “Cinderella Girl”, Hirano Sho described it as “cheerful and cute, a song you’ll want to listen many times”. Jinguji Yuta “It’s catchy, I think it’s suited best for driving.” Nagase Ren “It’s a song that makes you want to sing anytime, such as housewives while cleaning, students when going to school, or for men to hear during a date.”

No further details yet except that the single will be released in 3 versions: Regular and 2 Limited editions. In line with their debut, a special store “King & Prince SWEET GARDEN” will open for a limited time in Harajuku on May 16 – Aug 31.