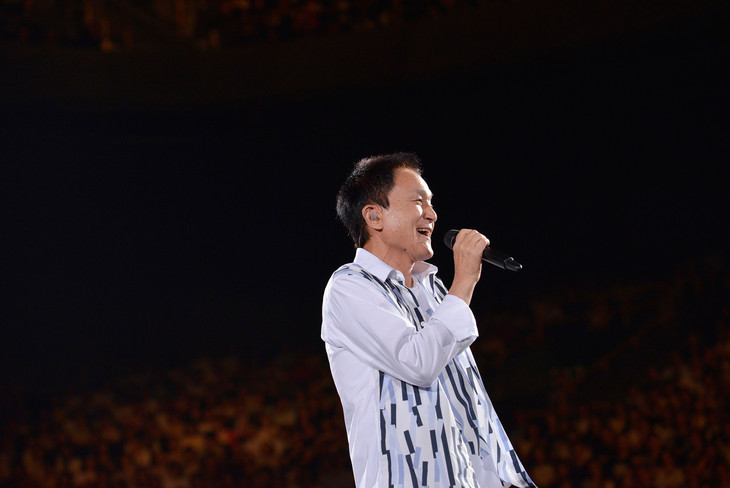 It was recently announced that famed singer/songwriter Kazumasa Oda will be providing the theme song for the upcoming live action adaptation of popular manga series “Sakamichi no Apollon.”  The track, titled “Sakamichi wo Nobotte,” was inspired by Oda’s own days in high school, memories of which returned to him after reading the manga.

“Sakamichi no Apollon” is a story which centers around the relationship between two unlikely friends, Kaoru Nishimi (Yuri Chinen) and Sentarou Kawabuchi (Taishi Nakagawa), the pair brought together by a mutual love of music (in particular, jazz).  The film also stars Nana Komatsu as Ritsuko Mukae, Dean Fujioka as Junichi Katsuragi, Nakamura Baijaku II as Tsutomu Mukae, and Erina Mano as Yurika Fukahori.

You’ll find the most recent trailer for “Sakamichi no Apollon,” which previews Oda’s theme song, right after the jump.