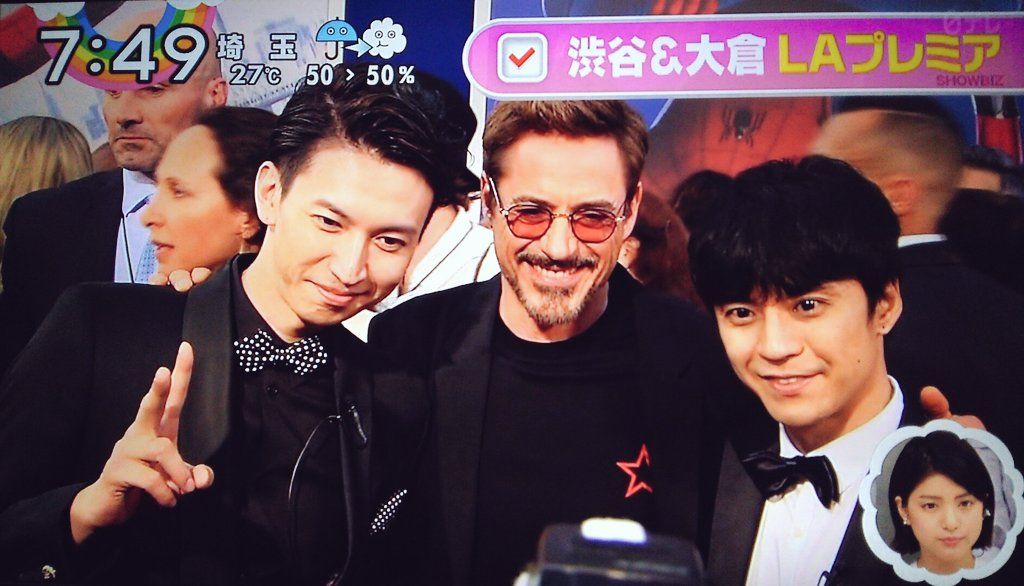 Kanjani8’s Shibutani Subaru and Ohkura Tadayoshi attended the world premiere of “Spider-Man: Homecoming” held at the Hollywood TCL Chinese Theater in Los Angeles. Kanjani8 will be singing the theme song for the movie’s Japanese release titled “Never Say Never”. The song is included in their just released album “Jam”. The film will be released in Japan on August 11.

Subaru and Ohkura met the main cast at the red carpet. They met Robert Downey Jr and managed to tell him they are big fans during handshake. Downey responds with “I wanna hear the song!” They also met Tom Holland who says “You are the guys who are singing the theme song! It’s nice to meet you! Ohkura comments “I am very happy to represent Japan in such a big event.” Subaru adds “A lot of people are gathered.  The city is filled with Spiderman, it is amazing.”

They got to take pictures, meet with the cast and more! Check out videos of the premiere below.