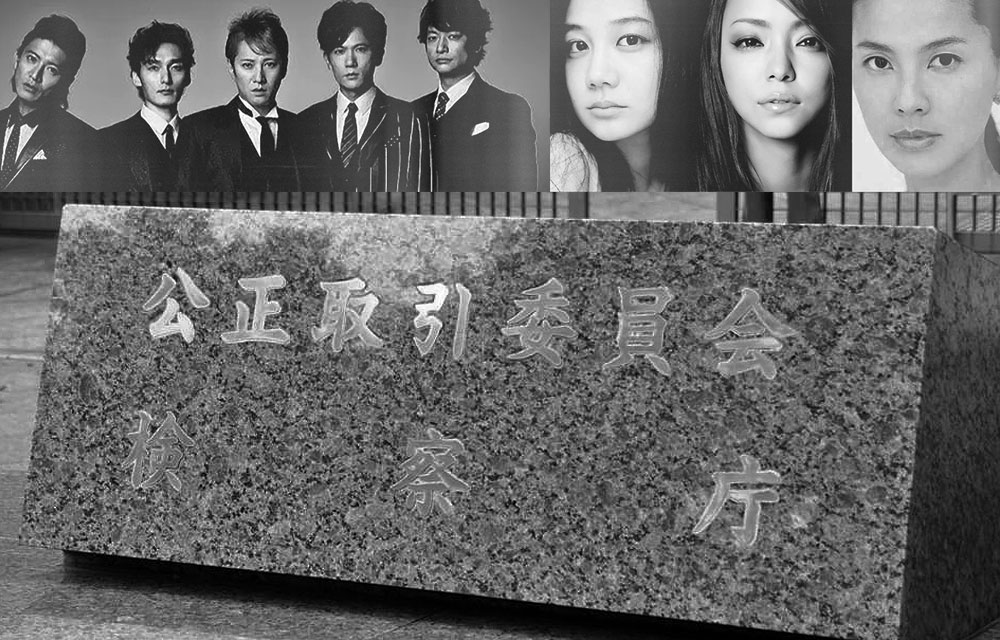 In an ongoing investigation of unfair entertainment industry contracts in Japan, the Japan Fair Trade Commission (JFTC) speculates the root of the problem dates back to over 100 years ago with the film industry.

Japan has one of the oldest and largest film industries in the world.

Founded in 1912 when the film production companies Yoshizawa Shoten, Yokota Shokai, Fukuhodo and M. Pathe consolidated into one, the first giant within the Japanese film industry was Nikkatsu.

During World War II (1939-1945), the Japanese Home Ministry had total control over all domestic affairs and controlled all aspects of Japanese life, including education, information, news, advertising, and cinema. The Japanese government became much more involved in cinema because of the power of propaganda, and forced production companies to create cultural films called bunka eiga—a translation of the German kulturfilm—to show the “glory and power of the Empire of Japan.”

By that time, there were 10 active film companies. The government ordered those 10 film companies to consolidate into two for financial reasons and so that they would be easier to control, until Daiei founder Masaichi Nagata counter-proposed that three companies should be formed and the suggestion was approved.

Smaller production companies merged into Shochiku and Toho, whereas Nikkatsu’s production business and Shinko Kinema was merged into Daiei, the two latter of which were displeased.

A committee was formed to establish the value of each company for this transition, and members retaliated by purposefully undervaluing Nikkatsu which led to Shinko Kinema becoming the dominant head of production and leaving Nikkatsu only active within the theater industry for the time being.

In 1953, Nikkatsu decided to start its film production business again, and the chairman of Daiei initiated the highly controversial agreement called Goshakyotei, or “Five-Company Agreement“. The agreement was signed by all big film production companies at the time: Shochiku, Toho, Shin Toho (found by defectors from the original Toho company), Toei and Daiei.

The agreement included the code of conduct to ban former employees of joining other partners of the agreement, mostly to prevent employees of Daiei to move back to Nikkatsu.

A notable controversy during this time was between Michiko Maeda and Shintoho. In 1957, after becoming known as the first Japanese actress to appear in a nude scene in a mainstream film, Maeda was banned from the Japanese cinema after an incident in which she refused to obey a director, and did not return to the Japanese screen until 42 years later.

In 1963, JFTC investigated the Goshakyotei issue and announced the former employee ban was against anti-monopoly law. This clause was officially removed from the agreement, but remained unofficially in effect.

The Founding of Watanabe Production

In late 1950s, married couple Shin Watanabe and Misa Watanabe founded Watanabe Production, acting as an agent for its artists, and the artists were paid a salary like any other job—a model that is still practiced within the Japanese Entertainment industry today.

At this point, Misa Watanabe was the head of Nichigeki Western Carnival, a huge gala that showcased the new rockabilly groups—one of the earliest styles of rock and roll music—to thousands of screaming teenagers in Japan. Through this, her influence in both the TV and music industries grew as she began funding televised music shows.

Watanabe Production boasted many prestigious affiliates within TV and music distribution companies, but due to low wages they paid their employees, their artists kept leaving and none of them would ever be seen on TV again due to the unspoken code taken from Goshakyotei. This is where the rumor of Big Entertainment agencies being able to “blacklist” former artists comes from.

In 1963, Shin and Misa Watanabe established the Japan Association of Music Enterprises (JAME) and the Goshakyotei practice was adopted among the association’s members. As JAME was a much larger organization, its affect was even greater.

The ban was only enforced between JAME members. An example of this is of singer Hiromi Go. In 1971, he started his career with Johnny & Associates but left to join Burning Production in 1975. As Johnny’s is not an associate of JAME, Go was able to continue his career under new management without issues, having consistently released new music to this day.

As of 2017, top agencies such as Avex, Sony, Burning, Victor Entertainment, Rising Pro, Horipro and Watanabe Pro are associated with JAME.

In a report by NHK, an anonymous artist manager of label belonged to JAME defended the code of conduct due to the investment associated with fostering an artist, proving that it is still in affect to this day.

The report revealed that a clause in JAME’s standard contract was the contract would automatically renewed unless the agency decided not to. An artist’s consent was not needed, thus the concept of a “slave contract”.