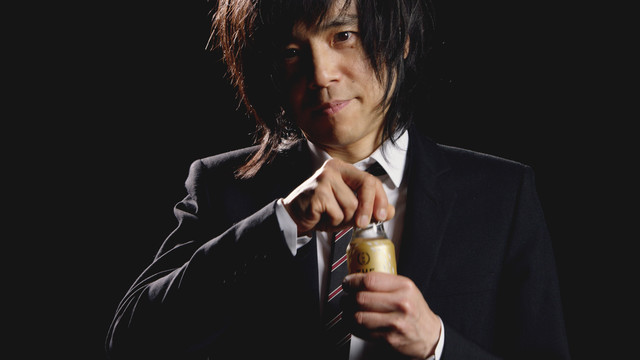 Hot on the heels of his first solo release, Elephant Kashimashi frontman Hiroji Miyamoto recently announced that his new song “going my way” has been picked up as the CM track for sake manufacturer Gekkeikan’s latest product – “THE SHOT”. The company describes “THE SHOT” as a bottled sake which can be enjoyed at one’s own pace, whenever one should desire it.

The commercial stars Miyamoto himself as he both performs the track and does a dance for the camera while he savors the sake. No information regarding the release of “going my way” has been made public at this time.

You’ll find the 30-second version of this jaunty commercial right after the cut.