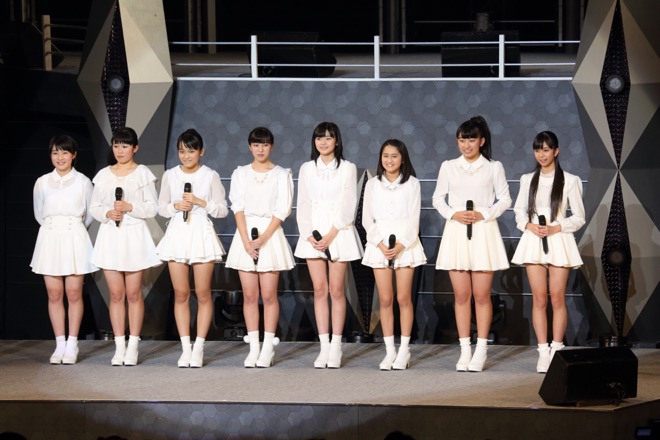 Announced earlier today at the Hello! Project Winter Tour stop at Tokyo Nakano Sun Plaza was the formation of a brand new unit! The unit name will be announced this month and their first indie single will be released in March.

For more information on the girls from the new group, check out their profiles below.

This year will mark the debut of many new faces within Hello! Project.

In late September of last year, four new members were admitted to Morning Musume’s 12th generation and will make their debut this year as part of Morning Musume ’15. Additionally, S/mileage has become “ANGERME” and 3 members were added to the group less than a week after the Morning Musume announcement. In November, Country Musume prepared a comeback after 10 years, rebranding with the name “Country Girls” and a completely new lineup consisting of 6 new girls and Momoko Tsugunaga of Berryz Koubou.