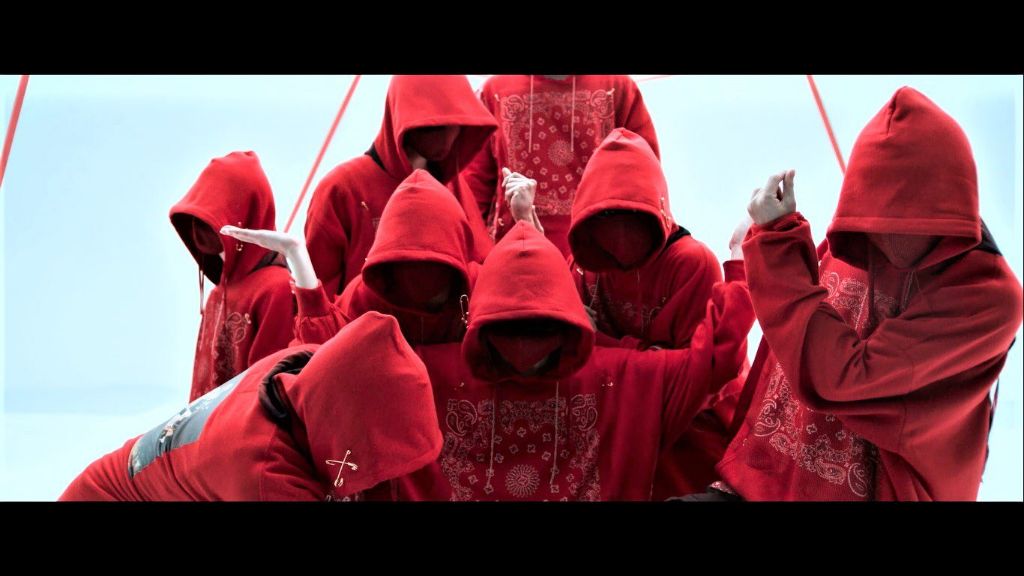 There were much confusion and curiosity when music videos of three mysterious groups were simultaneously released on Youtube on October 12. This was followed by announcements from Avu (Queen Bee), Ayase (YOASOBI), and Hashiguchi (wacci) on Twitter that they provided music to these groups. An official site and Youtube channel were also launched for each.

Who are they and what kind of songs did they release?

Honey Bee – “dance vocal group that brings a new shape of entertainment”. The song “Okami Seinen” is produced by Avu of QUEEN BEE and choreography is by MARIE from TOKYO GEGEGAY. In the music video, the group appeared with their faces hidden. Official site here.

Sindibaad – a “mysterious vocal group”. The song Senya Ichiya (A Thousand and One Nights), is an exotic number created with the motif of Arabian Nights, written and composed by Ayase of YOASOBI. The animated music video is directed by Niina Ai, who is also the director of YOASOBI’s Yoru ni Kakeru MV. Official site here.

John Darling – “heart-warming fluffy vocal group”. The song Naimono Nedari is written and composed by Hashiguchi Yohei (wacci). The music video stars actress Nao and is set on the eve of Wendy’s marriage who is in love with Peter Pan. Official site here.

Details of Honey Bee, Sindibaad, and John Darling are yet to be announced. Check out the released short version of their MVs below.