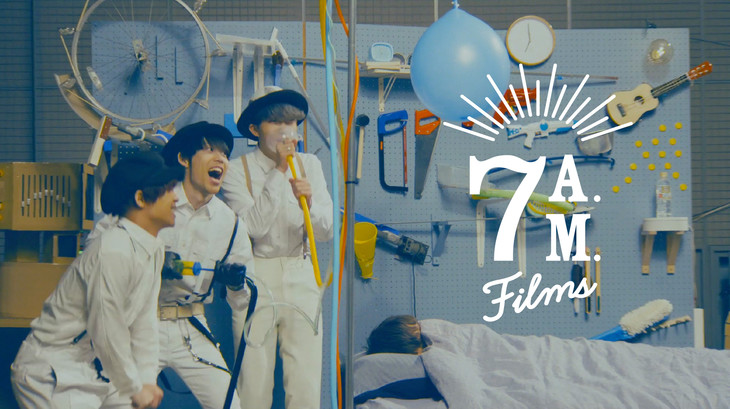 go!go!vanillas have released the MV for their brand new song “stand by me“.

The track is described as a refreshing pop tune, and features Czecho No Republic member Yagi Rui who participated in the song by playing the piano. The MV was created in collaboration with the mineral water “Suntory Minami-Alps Tennensui & Yogurina”.

All throughout the MV the members find themselves in various wacky situations. They’re residents of the fictional “Yogurina star”, and keep creating various inventions to try and get frontman Maki Takuya out of bed. “stand by me” is currently a stand alone song, it is currently unknown if it will be released as a single in the near future.

Meanwhile, the boys have also announced that they will be appearing at the festivals “JAPAN JAM 2018” and “Hyakumanba Music Festival 2018 ~ Million Rock Festival ~”. Watch the full MV for “stand by me” below.