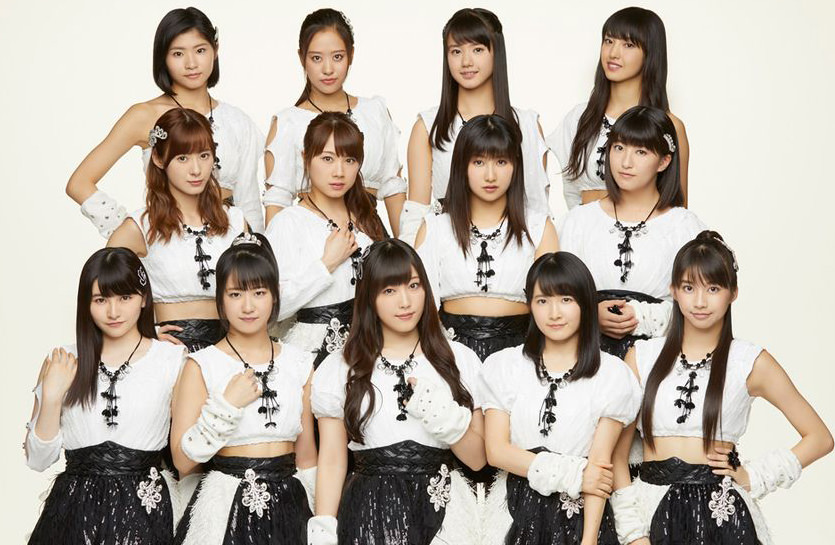 Morning Musume. ’18 is back with yet another digital release after releasing their first one Gosenfu no Tasuki back on November 30th, 2017 (which is also the same day Morning Musume reached their 50,000 sales goal for Ai no Tane in 1997)!

Since Hello! Project has taken up a new concept on releasing more digital music for their fans, Hana ga Saku Taiyou Abite was released on January 28th, 2018.  The song is said to be centered by 10th generation member, Masaki Sato. Lyrics and composition are done by Tsunku and arrangement is done by Hirata Shoichiroi.

UFA is actively bringing out the surprises to commerate the 20th anniversary of Hello! Project. Morning Musume will be releasing their second mini-album “Hatachi no Morning Musume” on February 7th, 2018, and it is said that a lot of OG members have joined the release such as 1st Generation members Yuko Nakazawa , Aya Ishiguro, Kaori Iida, Natsumi Abe and Asuka Fukuda , 2nd Generation’s  Mari Yaguchi, 4th Generation’s Hitomi Yoshizawa and Nozomi Tsuji, 5th Generation’s Ai Takahashi and Risa Niigaki, 6th Generation’s Miki Fujimoto, Sayumi Michishige and Reina Tanaka. To promote their mini-album they also have released a 20th anniversary version of Morning Coffee which is joined by 1st Generation Members! You can check out the MV teaser below.

The mini-album will also include the Limited Edition DVD which includes a recording of the 20th Anniversary Corner from the Morning Musume Tanjou 20 Shuunen Kinen Concert Tour 2017 Aki ~We are MORNING MUSUME~ on November 21, 2017 at Nippon Budokan, video interviews with OG members, the Ai no Tane (20th Anniversary Ver.) music video, and more.

The mini-album will also have a new song sung by 1st Generation members, and a special song done by all of Morning Musume leaders.