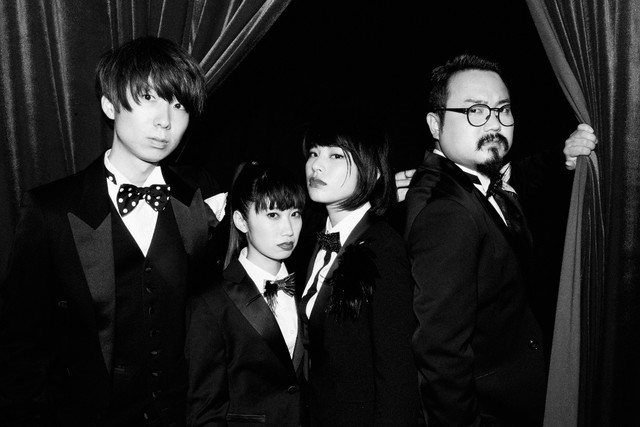 The Japan Times recently started its series of year end articles on the current music scene. The previous articles in this series are Patrick St. Michel’s Namie Amuro piece and mine on Sandaime J Soul Brothers. This week, Ryotaro Aoki wrote about Gesu no Kiwami Otome.

Gesu no Kiwami Otome. had an amazing year. The band formed on a whim in 2012, debuted in 2013, made their major label debut in 2014, and is ending the year by debuting at Kohaku Uta Gassen. The band’s blend of rock, pop, and funk has helped catapult them into the mainstream this year, as have a number of commercial tie-ins for brands such as Coca Cola and Toyota. The success of this year allowed Gesu no Kiwami Otome. to embark on their first arena tour.

Gesu no Kiwami Otome. is part of a band boom that came to prominence this year. Similar bands include SEKAI NO OWARI, KANA-BOON, Creephyp, and Gesu no Kiwami Otome.’s brother band indigo la End (Kawatani Enon is the creative force and frontman behind both bands). Oricon spoke of the rise of the band boom earlier this year. These bands differ from bands of the past due to their more introspective nature, their use of today’s internet technology, and their use of tie-ins. These things have allowed them to connect to Japanese millenials who are looking for an alternative to the oversaturation of manufactured idols who have been present in the media these past few years.

Check out the rest of Ryotaro’s article here.