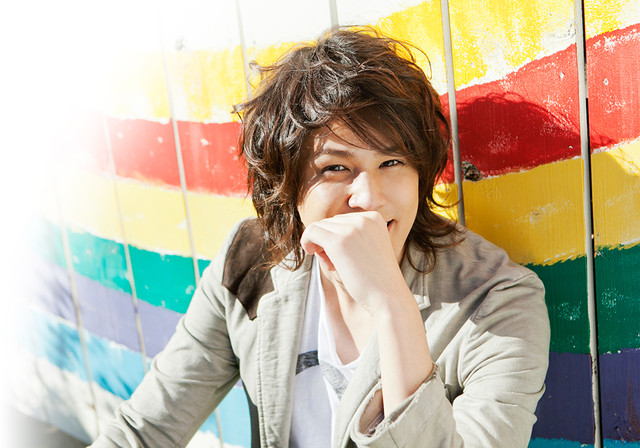 Hello, ARAMA! Japan readers! We are on the final quarter of this year (time flies so fast!).

The featured artist for the month of September is someone who has established himself not only in the voice acting scene but also in music, Mamoru Miyano. Does this name ring a bell? Anime enthusiasts inside and outside Japan surely know who this versatile man is! For those who are not familiar, please check out the next few sections of this article.

WHO IS MAMORU MIYANO?

Mamoru Miyano, known as Mamo or Mamo-chan to his fans, was born on June 8, 1983. He was from Saitama, Japan. Although he is a well-known voice actor, he began his acting career in the superhero TV series, Special Rescue Exceedraft. His character was a child who appeared in a flashback of a yakuza member’s past. He has also joined the Prince of Tennis musical in 2003 as Tetsu Ishida. In 2006, he has made his movie debut in The Prince of Tennis. His debut as a singer was on May 28, 2007 with his song “Kuon” (lit. Eternity) under the label, King Records. It was used as an ending theme song for the anime, “Koutetsu Sangokushi” and ranked at number 47 on the Oricon charts. His second song and first major debut single, “Discovery,” was used as an opening song for Fushigi Yugi: Suzaku Ibun which is a Playstation 2 game. In March 2009, his album, “Break”  hit the charts at number 20. His first live tour, “BREAKING” was a month after the release of his album.

Ever since his debut, he has released fourteen singles, five albums, and eight video releases of his live tours. In the recent years, he has started to write his own lyrics. He has also collaborated with STY and Jin Nakamura and develop his creativity in making his own music. His success has been evident after having his first one-man live in Budoukan back in 2013. 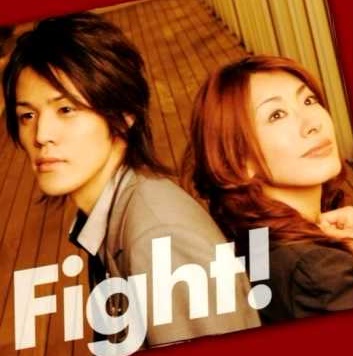 Aside from his solo activities, he has musically collaborated with different voice actors. Although it wasn’t well-received by fans (resulting to a #73 rank on the Oricon charts), Mamo collaborated with the voice actress, Park Romi (Nana Osaki from NANA, Temari from NARUTO) with the song, “Fight!”. It was used as a character song from Fullmetal Alchemist. 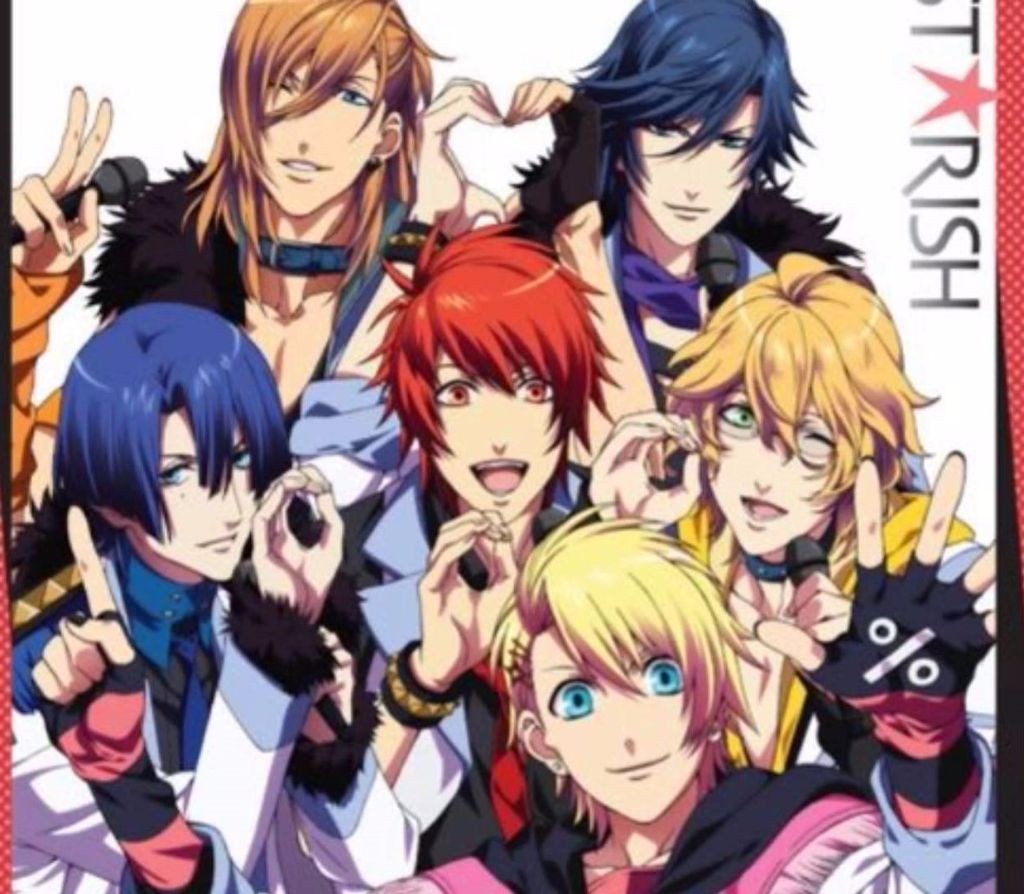 One of the well-known collaborations is based from the fictional idol group ST☆RISH from the anime Uta no Prince-sama which Mamo has starred. He has released individual character songs and group songs with his fellow voice actors under the unit ST☆RISH—which has the same name as the said fictional group. They held live performances with Maji Love Live 1000% First Stage on May 2012 and Second Stage on April 2013. The Third Stage was held on December 2013 along with another unit, QUARTET NIGHT. The Fourth Stage was held on 2015 and the latest stage, the Fifth Stage was held on January 2016. The success of these collaboration units has been apparent as it has included popular voice actors including Mamo himself. 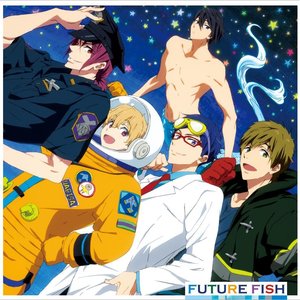 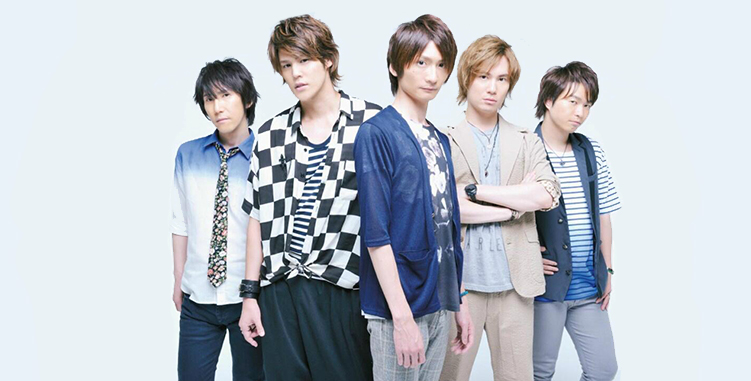 Being in the voice acting industry for years, he has voiced a lot of characters including Light Yagami (Death Note), Tamaki Suou (Ouran High School Host Club), and many more! If you are curious about his anime roles, feel free to check this video below made by Zenime from Youtube!

WHAT IS SO SPECIAL ABOUT HIM?


As mentioned in the video above, the three main things that are loved by his fans are: “ikebo” イケボ、”Mamorato” マモラト 、and his versatility. IKEBO (イケボ) is a term used to describe his image: Ikemen イケメン and voice ボイス. The term was coined to describe his good-looks as well as his “beautiful” voice. The voice training he has received before gave good results to his singing and generally, his music career. Speaking of his voice, MAMORATO (マモラト) is another term coined by the fans using his name “Mamoru” 真守 and “Vibrato” ビブラート. His vibrato has captivated a lot of fans to his music. Lastly, his versatility has been well-known to his fans. He writes his songs, does skits during lives, and has a good humor. In addition, he can dance really well. Indeed, he offers a whole package of entertainment!

Mamo has a lot of good songs for recommendation. However, I will be highlighting his debut single, songs from his two latest albums, and his latest single. Check them out below! 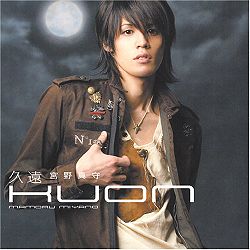 If you are the type who listens to an artist’s debut single, here it is! Kuon, as mentioned, is his debut single in 2007 which has sold more than 4, 000 copies. The lyrics, music, and arrangement were made by Alchemy+. 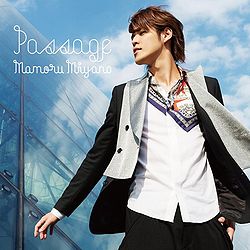 
The lyrics of this song were written by Mamoru Miyano himself. It’s the third track from his album. Mixed with an Eastern and Western touch, a flawless song was created. Its R&B and pop as well as traditional and modern vibes have made this song one of the best in the album. The arrangement and composition was done by Jin Nakamura. This has shown that the collaboration between these two was a success.

Canon (from his 9th single, Canon) 宮野真守 カノン (うたプリＯＰ) by -ncojweouhfded
This song was released as an opening song for Uta no Prince-sama Maji LOVE 2000%. It is the seventh track from his album. The lyrics, music, and arrangement were made by Elements Garden. With Elements Garden, it is expected to have a well-execution of the instruments particularly the wonderful piano accompaniment which entices the listeners not only with Mamo’s voice. As a single, Canon was ranked third on the Oricon charts.


The title track of this album has been written by Mamo as well. With an acoustic guitar and an R&B vibe, Mamo’s smooth vocals serenades the listeners. The high notes were also beautifully hit which makes this song perfect as a title track. 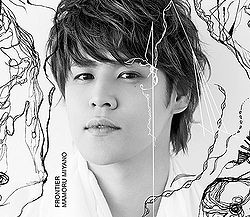 FRONTIER
A personal favorite! This song perfectly fits as a title track of the album. It is very different from the other songs that he has performed. Aside from the very strong signs of collaboration with STY, this song has given Mamo a chance to shine not only through his written lyrics but also through his high notes. The tempo is slower compared to NEW ORDER and BREAK IT!, yet it is a powerful song that will really get into the listener. 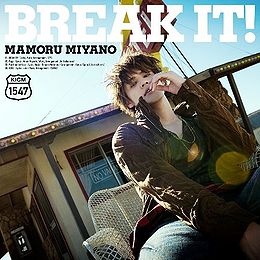 This is the 11th single of Mamo and served as a theme song for the anime, “Cardfight!! Vanguard G”. It is upbeat yet the dominance of guitar and bass has been highlighted. There was dynamism from the introduction until the chorus. Moreover, it intensifies as the song goes on. As a single, it peaked 12th and charted for five weeks on the Oricon charts. Like BREAK IT, The upbeat music this song has offered is expected from someone like STY who wrote the lyrics and created the music. It’s the sixth track from the album, “Frontier” and a song which surely shows Mamo’s best performance in singing and dancing. Released on May 16, 2016, this has been Mamo’s 14th major single. The lyrics and music were produced by STY. The song was used as the opening theme for the anime, Cardfight!! Vanguard G Stride Gate-hen.

SONG COVERS:
He has performed the famous song of MONGOL800, “Chiisana Koi no Uta!”

For his character song in the anime, “Kimi ni Todoke”, he has also covered GReeeeN’s Ai Uta:

UPCOMING RELEASES:
He will release his two singles, “Tempest” and “The Birth” simultaneously on the 12th of October this year. It’s his first consecutive release and will be both used as anime theme songs. “Tempest” will be used as an opening theme for the fourth season of Uta no Prince-sama series, “Maji Love Legend Star”. “The Birth”, on the other hand, will be used as a theme for the final part of the anime trilogy project which is based on Gamon Sakurai’s Ajin: Demi-human manga. Jackets are yet to be revealed.

WHERE CAN I FIND HIM?

Are you familiar with this artist? If no, hope you had a good time listening to his songs! For those who are familiar, tell us which your favorite songs are!