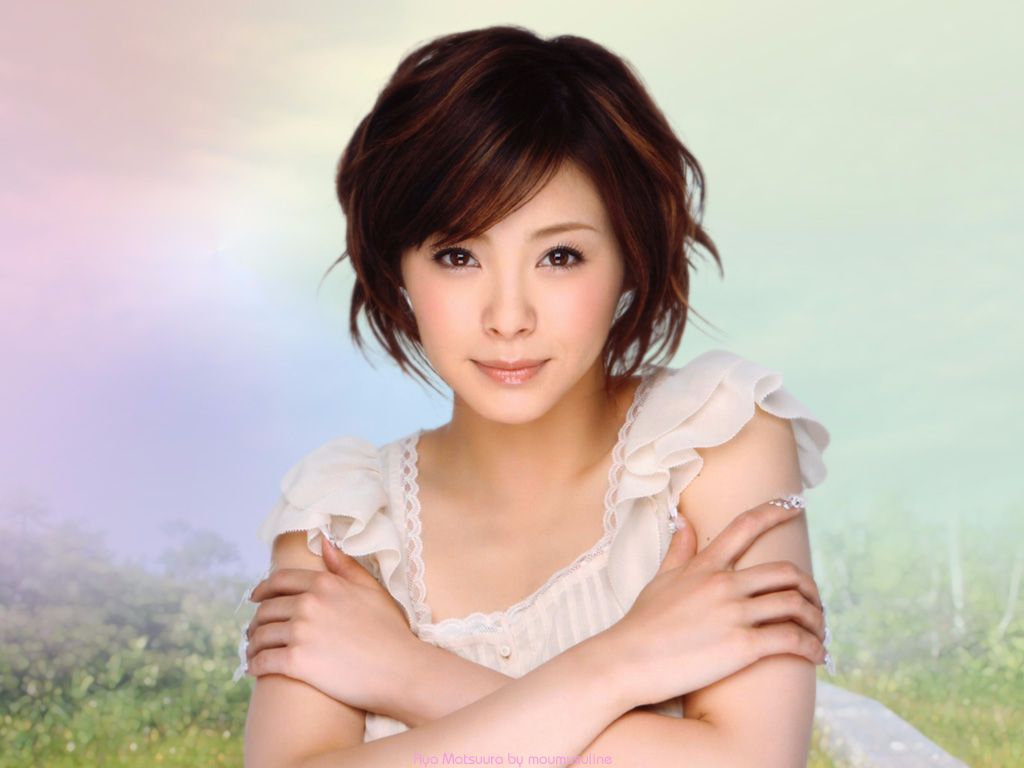 According to the weekly women’s magazine Josei Jishin, former Hello!Project soloist Aya Matsuura is currently working on her comeback project to the music industry. Aya’s husband Keita Tachibana, lead singer of the group W-INDS, will also apparently be involved. Even though both of them are currently signed to difference agencies they share the same record label, Pony Cannon, making it quite easy for them to do an official project together.

A reporter from Josei Jishin ran into Aya last month and asked her if the rumors they heard about her planned comeback were true. At first she played naive saying they would have to ask her agency, but when the reporter asked about her husband being involved with the project she replied with “….amazing how fast word can get out (bitter smile)”. The reporter went on to ask Aya how she’s enjoying motherhood, and she couldn’t be happier. Aya receives support from her husband and parents so she never feels overwhelmed, but feels lonely when she’s away from her daughter. That’s the main reason why Aya doesn’t want to enroll her daughter into nursery school. At this young age it seems like they change daily, and Aya doesn’t want to miss any of those moments.

It’s been over three years since her maternity leave started, and even though she’s enjoyed prioritizing her husband and child she would occasionally help Keita with his work. Helping him out made her feel like she wants to sing again. Afterwards the reporter contacted Aya’s agency UP-FRONT WORKS, who responded with “Nothing has been decided about her comeback”.

Aya Matsuura auditioned for Hello!Project in 2000, eventually being selected as one of the winners for the “4th Morning Musume & Heike Michiyo Protegee Audition”. She made her official debut the following year in April with the single “Dokkidoki! LOVE Mail”.  In 2013 Aya announced her marriage to Keita, they had been dating for 12 years. In December 2014 she gave birth to a healthy baby girl.