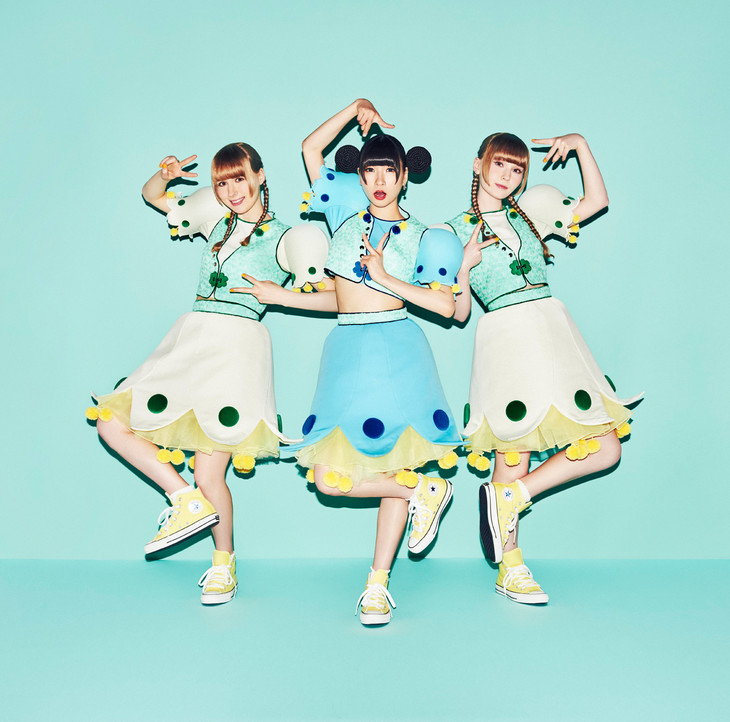 It has been revealed that a new unit consisting of Dempagumi.inc member Pinky and Finnish idols Noora & Petra has been formed.

Together they form Pinky! Noora & Petra, and their formation was announced at the recent “DEARSTAGE SHOWCASE 2017” event where they revealed their plans to release debut single “Aurora to Piece” on August 23rd.

The single “Aurora to Peace” was composed by Tomi Yo with lyrical contributions from MCper, and will be released in 2 limited editions and 1 regular version.

This unit is the third act on the label “I BLUE,” which is operated by Dear Stage, Smile Company and Teichiku Entertainment. Labelmates include Japanese boy group The Skateboard Kids and Swedish band Wintergatan.

Finnish members Noora and Petra release dance covers on their YouTube channel “nicobot. channel,” where they cite Dempagumi.inc as their favorite idols.