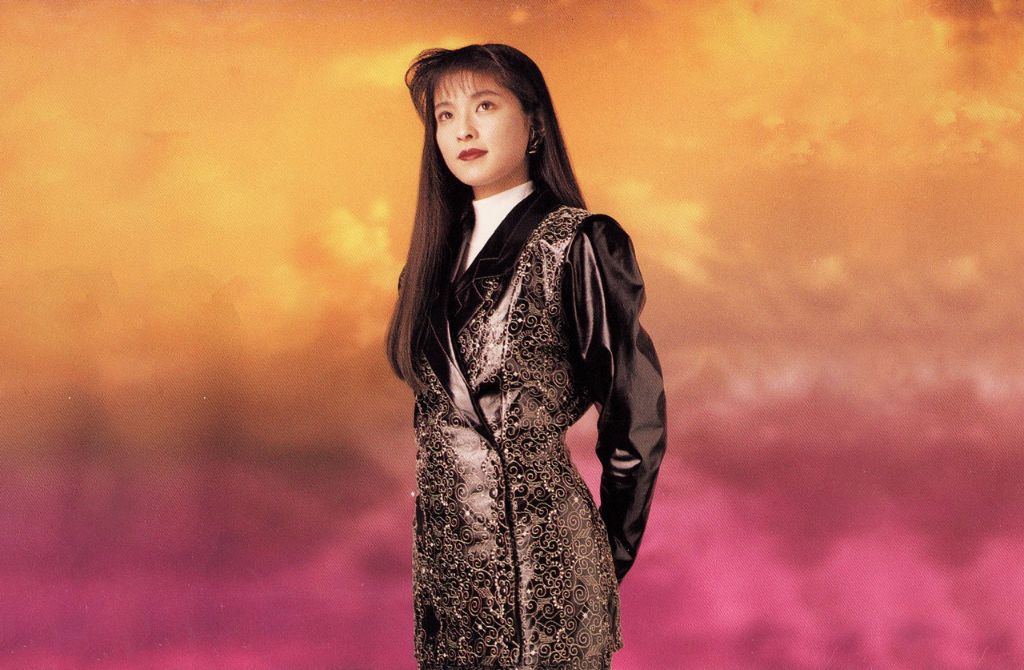 On May 25th 2012, legendary singer and lyricist Chisato Moritaka kicked off her 25th anniversary launching her YouTube channel with a challenge for herself: covering 200 of her songs on YouTube, starting with her 32nd single “SWEET CANDY” released in 1997.

Chisato Moritaka’s YouTube video series “200 Songs Self Cover Project” featured almost every song she released from 1987 to 1999, including album songs, single coupling tracks, and CM songs that she’s never sung before during lives or TV appearances. Each video has new production and features herself standing and singing in front of a green screen.

The “200 Songs Self Cover Project” had no set upload schedule, no rhyme or reason to which songs she covered, the order she posted in, or when she posted it; truly limitless and as free and wavering as her career itself. Additionally, she has continued to upload new video clips, live footage, and commentary videos detailing behind the scene information from throughout the span of her career.

After 5 years, she has finally posted her 200th and final entry to the project: a cover of her song “Oshare Kaze” from 1997 album “PEACHBERRY”.

Like many Japanese celebrities, Moritaka began her career by winning a contest—in this case, the Pocari Sweat Image Girl Contest of 1986 at the age of 17 and appearing in a series of commercials for the popular Japanese sports drink. She moved on from her modeling career to pursue her music, debuting with the single “New Season” (re-released in 1988) and the album of the same name in 1987.

It’s no surprise Chisato Moritaka’s music began within the depths of cutesy synth-pop of the late 80’s. As a budding musician in an industry that wanted to pigeonhole her into the role of an idol singer, she didn’t have much control over what she released. While the path of an idol may have seemed likely for a girl debuting towards the end of an idol boom, through time, her own musical story took on a path much less traveled. She forged her own unique style and sound that referenced her influences such as Janet Jackson and Pink Lady, as well as Western classic rock like The Beatles.

Not only did she become known for writing her own lyrics, she often played drums on most of her tracks, as well as sometimes contributing piano, guitar, clarinet, and other less-represented instruments in pop music such as the recorder start from her very first album release. Never one to feel boxed in musically, her music grew as she herself grew up, evolving with the ever-growing list of genres she chose to explore.

In 1990, with the release of the sixth album “Kokon Tozai”, she had finally reached the coveted #1 spot on the Oricon charts that marked the start of an extremely successful career. She managed to become a household name in Japan through her TV appearances thanks to her fantastically ’80s outfits—miniskirts and lamé—and later developing a more mature image with her sentimental ballad releases.

Her success ventured well into the ’90s, releasing multiple top ten albums and singles over the next nine years.

On June 3, 1999, Moritaka announced her surprise marriage to her boyfriend of 4 years, actor Yosuke Eguchi, after going to the hospital for stomach pains and finding out she was in her third week of pregnancy. She gave birth to her eldest daughter in February 2000 and a son in May 2002.

Her career laid low until she felt her children were at an age where they didn’t rely on her as much, and she resurfaced for good with the release of a new best album and introduced the “200 Song Project“ in 2012. The next year, Moritaka and producer tofubeats collaborated on a single titled “Don’t Stop the Music” featuring vocals by Moritaka.

Since then, she has stuck around and her career has been dedicated to updating her YouTube Channel, holding one-man live shows and sporadically appearing on televised music shows to perform her beloved classics.

Over the span of her career, Chisato Moritaka released seventeen albums and forged a strong following of devoted fans. Additionally, her advertising jingles were hits well into the mid to late ’90s and consumed the minds of the Japanese public for years to come.

With her career, Chisato Moritaka made it a point to bridge the gap between artist and lyricist. Her knack for writing began at a very early stage of her career, providing a fresh perspective of being a young woman whereas a vast majority of her contemporaries relied heavily on the songwriting skills of others, specifically men living out their own desires through young women.

Whether she’s singing her simplistic yet playful lyrics about a fly-like man that keeps pestering her in “Hae Otoko“, being young and dumb in “The Mi-ha“, voicing her insecurities and wondering if the man she’s in love with will still love her when she’s old in “Watashi ga Obasan ni Natte mo“, making you ask “WHO HURT YOU?” in songs like “Alone“, or just having you along for the ride of drinking a beer while making Macaroni Gratin for her boyfriend on his birthday in “Suteki na Tanjyoubi“, Moritaka captures the good, the bad and the monotonous experiences of her personal journey within her womanhood in a poetic and real way.

On May 25, 2017, Chisato Moritaka celebrated the 30th anniversary of her musical debut. It’s an undeniable fact the impressive catalog of music she has to look back on and be proud of, but more importantly, her impact as an entertainer is indisputable. Moritaka at her peak was pop, but she was no pop construct—her legacy laying within her abilities as a lyricist; her voice, as both a singer and a lyricist, is uniquely Chisato Moritaka.

Chisato Moritaka has pushed the boundaries of Japanese pop and shifted it into a direction that empowered young women to take charge of their own identity, leaving a mark most entertainers could only dream of.